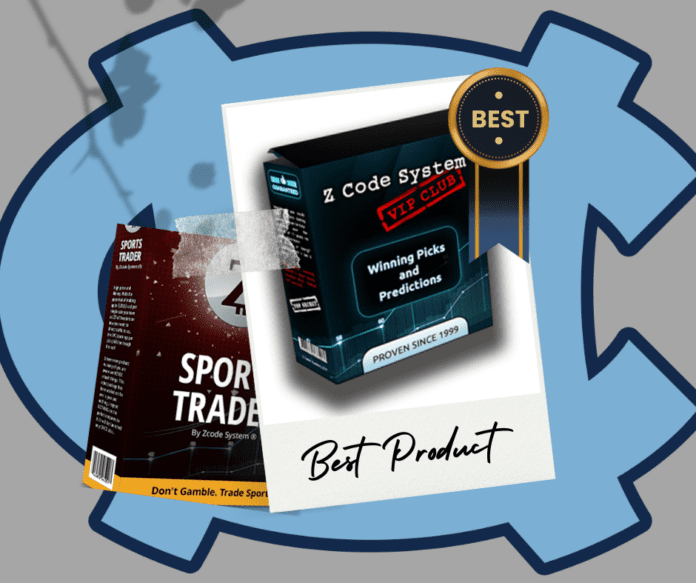 Zcode score predictor flawlessly forecasts Heels wins in March. What does this mean? What it means is by using the fully transparent Z-Code betting systems, I was able to win a good amount of money betting on North Carolina in the first & second rounds of the 2022 NCAA Tournament.

I like winning money, I’m sure you do too, but what left me awestricken was the actual game scores and the predictions of these games. They were almost identical.

I’ve been running a website for several years now and don’t just randomly refer products that I don’t consider exceptional.

There are people that create entire websites just to hawk a product, not caring if its good, bad or a scam.

On my site, I write about sports because of the knowledge I possess and I’ve put a lot of money into PeaceDot Sports. I won’t tarnish my site with nonsense to make a couple dollars.

I don’t create websites to sell or recommend a product. Sometimes I’ll write an article or advertise a product on my content driven website, only if I deem it extraordinary. I look to add value to my website with valuable products and content. I believe this product fits those requirements.

Even if you aren’t looking to make an almost guaranteed profit or don’t have the money to spend right now, you still have to check out these bracket projections from the Heels games last weekend.

As the first round of the 2022 NCAA Tournament got underway on Thursday, the Marquette Golden Eagles faced off against the North Carolina Tar Heels in the East Region.

The game was played at Dickies Arena in Fort Worth, Texas. This was an 8 vs. 9 matchup, the 8-9 games are usually even matched.

That’s a 31 point victory that Z-Code score predictor forecasted. This betting system has never had a losing month, not even once, going back to 1999.

The final score was 95-63. A 32 point North Carolina win in the first round over Marquette.

The North Carolina Tar Heels defeating Marquette wasn’t shocking, although forecasting a 31 point victory was, with the actual differential being 32 points.

Up next for the Tar Heels were the Baylor Bears. The defending National Champions. Baylor was the top seed in the East region and hadn’t been challenged in the NCAA Tournament in the last two seasons.

Every Baylor victory was decided long before the games actually ended. Needless to say they were the favorite entering the Dickies Arena in Fort Worth, Texas to battle the 8th seeded team from Chapel Hill, North Carolina.

What I found to be remarkable was just how precise this prediction was. ZÃƒÆ’Ã¢â‚¬ËœÃƒâ€šÃ‚Âode System Automated Winning Sports Picks
$198.00
15% off with Coupon Code: EARLYBIRD15OFF
We earn a commission if you make a purchase, at no additional cost to you.

The North Carolina Tar Heels squared off against the UCLA Bruins at Wells Fargo Center in Philadelphia, Pennsylvania for an East Region Sweet Sixteen affair.

The Bruins would be the second 2021 Final Four team that the Tar Heels played in the 2022 NCAA Tournament.

The Zcode score predictor got all these games correct. You can see the predictor chose Carolina 71% of simulations and it chose St. Peter’s over Purdue 76% of the time.

The human element wasn’t confident in choosing St. Peter’s, only 23.4% of sharp bettors agreed with the score predictor but in the end, the betting software was right again.

Zcode betting systems also had the Miami Hurricanes winning against Iowa State in the 2022 Sweet Sixteen.

The Saint Peter’s Peacocks were a 15 seed and weren’t expected to make it to the Elite Eight of the NCAA Tournament.

It’s March Madness, things happen. North Carolina found themselves as the favorites in this game with the winner going to the Final Four.

Zcode score predictor had Carolina defeating St. Peter’s in a close 87-83 contest but the Tar Heels took care of business, winning by 20 points. 69-49.

Personally I expected UNC to win easier than the prediction but many analysts and experts on television thought this was going to be a close game too.

In the end, even if St.Peter’s could match the Tar Heels on the perimeter, they didn’t have anything for Armando Bacon in the paint.

To me this would be the difference and it was.

The 2022 Final Four was played at Caesars Superdome in New Orleans, Louisiana. The Duke Blue Devils were expected to be in New Orleans all season long.

Until the Tar Heels defeated Duke at Cameron Indoor Stadium on March 5, 2022, it wasn’t even a given that UNC would make it into the “Big Dance”.

The Tar Heels defeated Duke in Mike Krzyzewski’s last game as coach in Durham. If they lost this game, the Blue Devils hated rival will have ended his career because 2022 was Coach K’s last season as Duke head coach.

Duke was favored in this Final Four battle but UNC was favored using Zcode score predictor yet again. ZCode Sports Trader
$149.00
Buy Now
We earn a commission if you make a purchase, at no additional cost to you.

Z-Code systems was developed over a 27 month period by a team of programmers and then it went through 14 months of beta testing.

The bracket predictions for the Tar Heels victories during the first weekend of the 2022 NCAA Tournament calculated 80+ perimeters to get to these winning results.

This system isn’t just looking for a winner and loser but instead it’s looking for the value of each game, where you can make the most money with the smallest risk possible.

February 2022 is the first month that Z-Code made over a million dollars in profits. It has repeated this feat in March.

It’s understandable that some people reading this are skeptical about the legitimacy of what I’m saying.

EVERYTHING IS FULLY TRANSPARENT BY AN INDEPENDENT THIRD PARTY BetVerify. This means that nothing shady occurs. They can’t hedge their bets or just make it look like they’re always winning if in actuality this is false.

Not a single losing month (profits) going back to 1999.

With Z-Code your trading in sports, not gambling. It’s Sports Investing. The object is to take the gambling out of sports betting.

Trial
We earn a commission if you make a purchase, at no additional cost to you.

The Sports Investing Bible is a 66 page book that currently sells for $18 on Amazon, you can download it free here

Here are some free picks for anyone who is interested.