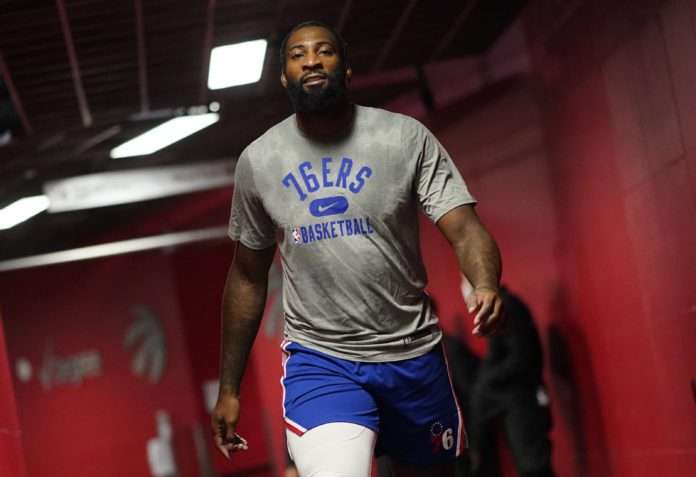 Andre Drummond’s stats have been consistent but many people feel that he doesn’t help a team win. Drummond is a rebounder and post player, I guarantee if a team was lacking rebounding but otherwise they were a contender, you would see his worth as a player, making a massive impact on his team.

Too many people want to discuss if Andre Drummond is overrated. He isn’t overrated, it’s that simple.

In his last two games, Andre has combined to pull down 45 rebounds. He’s the best rebounder in the NBA today and has been this for the last 4-5 years.

He shouldn’t have been signed to the 5-year, $130 million max contact that he signed in Detroit but he shouldn’t be judged like he needs to live up to the money. After signing it Andre Drummond’s stats increased from what they were.

It’s not realistic to expect him to average 25 points-per-game.

The other thing people will say is that Andre Drummond’s stats are just empty stats. THIS IS NONSENSE TOO.

This isn’t even what people normally refer to as empty stats. An example of empty stats is when LeBron James averaged a triple double in the 2017 NBA Finals against the Golden State Warriors.

They’re empty stats because the games were never in doubt or really competitive. Actually the only NBA Finals series with a bigger margin of loss was the rematch the following season in 2018.

This isn’t on LeBron, Kyrie Irving’s 29.4 points-per-game in the 2017 Finals were empty stats too.

A good example of empty stats that I use is when a quarterback throws for 500 yards because his team is trailing 27-3 at the half.

Andre Drummond has played in two NBA All-Star games. He made his first start for the 76ers against the Portland Trail Blazers on November 1, 2021 and registered 14 points, 15 rebounds, 7 assists, 5 steals in 34 minutes.

There’s way too many people that think they are NBA experts when they don’t even understand the game or the things in the game that are most important.

No, they haven’t but these are basically awful teams. If you put him on a team that is a contender and its weakness is rebounding and paint play, I promise you’d see Andre Drummond make a meaningful impact.

If you put Steph Curry on a team that is a top five scoring team but lacks defense, you won’t see Curry’s impact either.

Even a player like Curry isn’t going to lift a bad team and make them contenders. He might be able to lift them to a 7th or 8th seed but only a few legendary players could make a team a contender by their addition alone.

No shooter that is pretty much just a shooter can do this. Just like no rebounder can make his team a contender by just rebounding. You need rebounding to be a contender though.

If a team is a rebounder away from taking that leap to the elite NBA franchises, you will see the difference in adding a player like Andre Drummond could provide.

He’s a two time all-star and was an All-NBA Third Team selection in 2015-16 too. What he isn’t is a franchise player. No one said he was supposed to be either.

Many NBA fans think Drummond joined the Sixers because he didn’t have any other offers and this 1-year, $2.4 million minimum deal was all the was offered.

I doubt this. One reason he came to Philadelphia is because he always wanted to play for Sixers head coach Doc Rivers. The two have had a relationship since Drummond was in high school.

He was good friends and played high school basketball with the Rivers’ adopted son Adam Jones. Rivers and Drummond would joke around about getting together for years now.

Joel Embiid is the Sixers elite superstar center but he hasn’t really gone through a season without spraining, breaking, or tweaking something.

I figure this had to weigh on Drummond’s decision to join the Sixers too. Drummond shouldn’t have had a max deal but he should be making more than the NBA minimum. Given the playing time he dominates on the boards.

Having 45 rebounds the last two games is definitely a way to make this happen for the big man.

On November 22, 2021, his stats once again showed his brilliance as Drummond recorded 23 rebounds against the Sacramento Kings.

On December 19, 2021, Andre along with Shake Milton were entered into the NBA Covid-19 health and safety protocols, where they can’t play until cleared.

Keith Pompey of the Philadelphia Inquirer tweeted on December 29 that Drummond cleared the protocols and was back at practice.