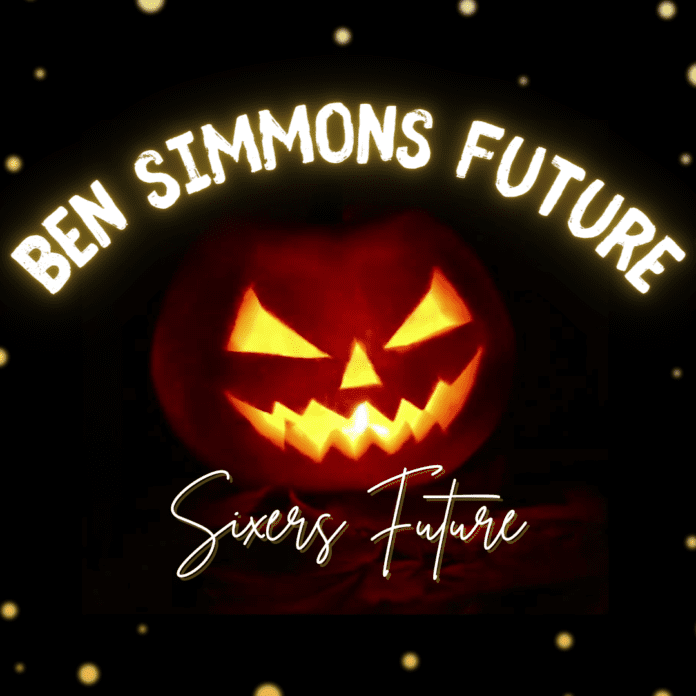 Ben Simmons has demanded a trade from the Sixers, can anything stop this? Can the franchise and Simmons co-exist even in the short term together? What does Ben Simmons and the Sixers future hold?

What the Sixers fans expected come playoff time and what was expected before the season started, after the 2020 bubble, aren’t the same thing.

When Ben Simmons got injured in the Orlando Bubble, the 76ers were swept by the Boston Celtics. For the series, Joel Embiid led both teams in points and rebounds (30-12.3). It didn’t matter much.

Heading into the 2020-21 season most experts, media heads, and prediction makers had the Sixers somewhere between the 4th-7th best team in the Eastern Conference.

As all Philly fans know the Sixers finished 49-23, giving them the best record in the eastern conference. Making them the top seeded team heading into the playoffs.

For the fans who think more was expected, they should’ve been satisfied when Simmons led the Sixers to a 5 game series victory over the Washington Wizards as Joel Embiid watched, unable to play.

Not in his prime yet

There are several things I’ve heard Philadelphia fans say in the last year that I find embarrassing like “we don’t all support this stupid take”.

“how long am I supposed to wait for simmons to develop, i’m done waiting.”

Of course this isn’t a direct quote but more of a compilation of many posts on social media. I have the answer to this, the last time he played basketball he was 24-year-old. You are supposed to wait longer than that. This is nonsense and makes the city look awful and unintelligent in terms of basketball I.Q.

Michael Jordan, LeBron James, and Shaquille O’Neal each won their first NBA championship at 28-years-old. A players prime is roughly from 27-33, give or take a year. To even say that you’re tired of waiting for a player who when he last played was 24 years-old is ridiculous.

Not to mention, that before the season the Sixers weren’t even seen as legitimate contenders. Just because they got the top seed doesn’t make them a super team. The Milwaukee Bucks were the top seed the two seasons prior to 2020-21.

In 2019, Milwaukee were up in the Eastern Conference Finals 2-0 and then took a big lead in game 3 vs. Kawhi Leonard’s Toronto Raptors before dropping the game in double overtime and losing four straight games to the eventual NBA champions.

The Milwaukee fanbase didn’t treat Giannis Antetokoumnpo like Philadelphia treated Ben and if they had I doubt he would have signed an extension with the Milwaukee Bucks.

What happened in playoffs?

What happened offensively in the NBA Playoffs with Ben Simmons is why he wants to be traded ANYWHERE else. He can’t have what happened in the playoffs happen and I think he knew that.

He was embarrassed but fans that claim he doesn’t have heart are confusing the situation. Ben Simmons not trusting his offensive game to the point of passing up dunks is a lack of confidence not heart.

In game 7 of the Eastern Conference Semifinals, Ben Simmons held Trae Young to 22% shooting from the field. That’s a little exaggerated, actually it was 21.7% shooting in game 7.

The Sixers committed 32 turnovers combined in games 5 & 7 vs the Atlanta Hawks. The point guard only had 4 of these. Embiid had 15 of the 32 turnovers.

Just like Ben can’t pass up dunks in these big games, your franchise center can’t turn the ball over like this. If your point guard only has 4 turnovers, your center can’t have 15. Just can’t happen. Seven turnovers in game 5 and eight tov in game 7. This isn’t statistical trickery I’m using either. Don’t try and be Nikola Jokic if you’re turning the ball over like Russell Westbrook.

After the season Danny Green let the Philadelphia fans know what he thought about this situation.

“It has an effect on everybody, and I think that’s something that needs to change in the city. I love our fans, but when things aren’t going well, they can’t turn on you. That’s the one thing I would disagree with or dislike. Some guys use it as motivation, some guys have a chip on their shoulder, but I think that needs to change. They need to be riding with us, regardless of how things are going.”

The fans screamed all summer long “we want a Ben Simmons trade”. Over and again trade Ben Simmons, trade him now. Then Ben Simmons said he wants a trade and won’t play for Philadelphia anymore.

Now the fans are wondering why Ben Simmons won’t play. Here is Doc Rivers opinion on that.

The Philly Fans wanted a Ben Simmons trade and now they’re upset that Ben Simmons DEMANDS a trade himself. What Danny Green said was spot on, YOU CAN’T BEHAVE LIKE THAT.

If you think Simmons doesn’t have anything to do with Deshaun Watson saying the Eagles were one of the landing spots he’d agree to be traded to in the spring but now refuses to waive his no-trade clause for Philadelphia, you’re just fooling yourselves. Check the timeline.

The point is these are human beings, they don’t enjoy being shit on by the people they are paid to entertain. They’d rather entertain elsewhere.

It’s great you support a winner 100%, so does every other city. The 2021 Eagles are rebuilding and this was clear looking at their roster before the season even started.

Like I said in another article, it’s great if you want to be optimistic but when a 4 win team from 2020 isn’t an elite contender in 2021 don’t look for people to blame. Blame yourself, you fooled yourself, or the media you listen to on the radio or television made you believe the team was better than they really were or ever had a chance of becoming.

The Philadelphia Eagles first round pick DeVonta Smith is having a very good rookie season. After the 2nd or 3rd game of the season, there were so many posts that the Birds selected the wrong player.

WTF are these people babbling about. Most great receivers don’t put up crazy numbers as rookies. If a rookie has 450-700 yards and 3-6 touchdowns, that is a successful rookie season.

You can count on your fingers how many NFL receivers have put up 1,000+ yard rookie seasons. Terrell Owens couldn’t even crack the starting lineup his first two seasons. It wasn’t because Jerry Rice was on his team either. It was because he wasn’t better than J.J Stokes yet.

My point is some of this asinine behavior is just ignorance of fans who don’t know any better. LEARN, PLEASE. I can’t just go root for other teams so I’d appreciate if you’d stop embarrassing me.

Simmons wasn’t going to come back and play for Philly and I still don’t know if he intends on playing in any games or if he’s going to come up with constant excuses why he can’t play.

Ben Simmons is still demanding a trade but after he was suspended for the first game of the 2021-22 NBA season and then reinstated, he said that he couldn’t play due to mental health issues he was experiencing.

Since we live in a country that is taking this more seriously than it did in the past, it has to be treated as if it’s a real issue. I say this because many people and Sixers fans think Ben is faking this to not play for the Sixers.

I think two things, the first is that I’m sure Ben is suffering somewhat mentally because he really wants to get away from the City of Philadelphia. Ben Simmons wants a trade, he doesn’t want to respresent this city anymore.

If you can imagine yourself in this situation, it could be a challenge mentally for anyone. I’m pretty sure he see’s this situation as a nightmare that he can’t wake up from until he is elsewhere. He’s here now only because he wants to be paid. You would be too.

Simmons isn’t from America. They don’t always boo their teams around the world in basketball or other sports. In 2003 team USA had to still qualify for the 2004 Olympics and in the Tournament of Americas Final they defeated Argentina to do this.

USA destroyed Argentina, it was like a 40 point game but the Argentina fans sang soccer type cheers the entire game for their national team as they lost 106-73. Argentina defeated the United States in the 2004 Olympic semi final on their way to the gold medal

Ben’s sister, Olivia Simmons was diagnosed with Bi-Polar Disorder years ago. She isn’t one of Ben’s half siblings either. They have the same mother and father.

Anyone who knows anything about mental health awareness knows that mental health issues can be hereditary. So just assuming Simmons is lying is just that, making assumptions to back what you’d like the narrative to be.

Ben Simmons wants a trade and the only reason he is with the Sixers now is to get paid. He wants his money and he wants to be traded.

Some fans want an apology. They keep saying they haven’t received one. No, Ben hasn’t apologized and I hope he doesn’t either. For those who say or think this, YOU OWE Ben Simmons AN APOLOGY, HE DOESN’T OWE YOU ONE.

I don’t think he would accept one anyway but you did something to him, he didn’t do anything to you. Ben was embarrassed by what happened in the playoffs and then you kicked him repeatedly for months while he was down.

Imagine for me an embarrassing time in your life and then picture how much worse it would have been if most of the city talked about it negatively for months. Now do you think Ben Simmons will ever stop asking to be traded and want to stay and represent Philadelphia?