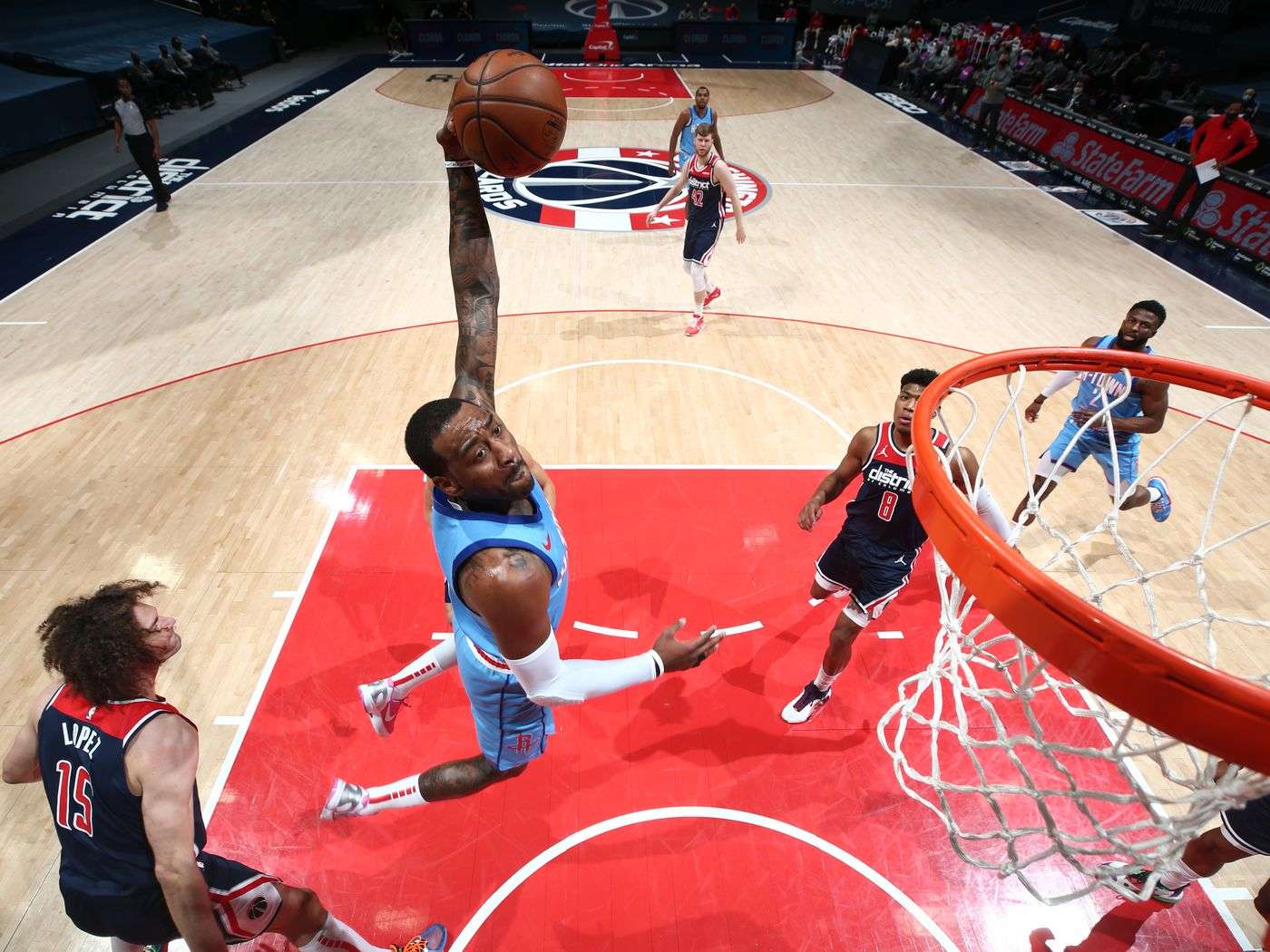 Is a John Wall trade a reality for the Rockets? The news out of the NBA is that the Houston Rockets will be attempting a John Wall trade before the season starts. Let’s have a look at John Wall’s contract and his stats to find out the likelihood of a trade coming to fruition.

All of his salary is fully guaranteed until the contract ends after the 2022-23 season. His contract has a player option after 2021-22, but I highly doubt he is going to execute this option and lose out on almost 48 million dollars. It’s a bad contract but for him it isn’t.

Wall’s injury history has been extensive over the past five years.

At that time, the 2010 1st overall pick, only had one injury plagued season back in 2013. The Wizards gave him this four-year Supermax extension that wouldn’t kick in until the 2019-20 season.

In his first season with the Houston Rockets, he played 40 games before being shutdown by the Rockets for the rest of the season. Since 2017, he’s only played in 113 of a possible 308 games. That’s 37% of his teams games.

He’s had five left knee injuries and two right knee injuries. He’s had a heel injury and a ruptured achilles tendon that happened just walking around his own house. Add in a wrist injury, an infection and it’s a pattern.

He’s had five surgeries and was shutdown in 2020-21 because of another knee problem that needs to be scoped. It was reported back in March that Wall would need a sixth surgery on his knee.

When the Washington Wizards originally added the Supermax extension to John Wall’s contract, it wasn’t a bad signing because the contract was a Bird Right’s contract.

Basically, after a player has played three seasons with a team, they are eligible for a Bird Right’s contract. The purpose of this is to try to keep the stars of the league from leaving their teams for bigger markets.

Steph Curry has the same deal with the Warriors. Golden state was able to offer Curry 50 Million dollars more than any other franchise could. This is what it’s designed to do and also why John Wall’s contract is so big.

A Bird Rights contract doesn’t count against the salary cap, but in a trade, Wall can’t just be added to a team for next to nothing. It does make the situation easier for teams to make a trade though.

For teams at or above the salary cap, the players being traded for each other must come within 125% of each other in salary.

Any team over the salary cap threshold after the trade is completed can’t complete a John Wall trade either. For instance, the Clippers would have to trade Kawhi Leonard or Paul George to acquire Wall.

The Warriors couldn’t get him for Andrew Wiggins, it would have to be Klay Thompson.

John Wall’s stats have been good when he was on the floor. He hasn’t been on the floor though and it’s not like he just played a full season. He played no basketball for 18 months and then played 40 games before being shutdown for the season.

He was a good defender but with all these injuries and his prime coming to an end, can John Wall put up stats that make it worth pursuing the oft-injured NBA star?

There has been chemistry with Rockets teammates Christian Wood and Kevin Porter Jr. Both of these players seem primed to improve as players moving forward.

Wood averaged 21.0 PPG, 9.6 rebounds and 1.2 blocks and the 20-year-old Porter averaged 16.6 points-per-game. If I’m John Wall, I’d want to continue to develop chemistry with these players because any team that he could be traded to will probably put him in an even worse position.

His assist-to-turnover ratio was abysmal too. He had a ratio of 1.95. That won’t do as the starting point guard for any contending team.

Turning the ball over like Russell Westbrook is never an ideal way to make teams covet your services. The Los Angeles Lakers are learning the hard way what a point guard who can’t protect the ball or play defense means for the team structure.

The definition of “Bad Contract”

Will John Wall get traded by the Rockets? Wall and the Rockets might have trouble finding a new home. What I can say is that I thought his contract was virtually unmovable before it was moved from the Wizards to the Rockets.

If this was the final season of his deal, I wouldn’t be surprised if a team took a chance on him. Maybe he will forego that final year with the player option he has for 2022-23.

The Houston Rockets told him to see if he can find a team that is interested in a deal, maybe he would tell them he’ll wave the final year of his salary. They would have to take his word on this because they can’t make it legal in anyway.

Houston has also stated that they aren’t going to give up any draft picks in a John Wall trade. I don’t blame them and don’t think they intend to be very competitive in 2021-22. Why should they care if they have Wall or not. They’re going to be giving someone the money regardless.

I can’t imagine the Sixers would be interested in trading Ben Simmons for him. As a Sixers fan, I’d personally prefer my favorite team to free up cap room for a sign a free-agent signing in the next couple of seasons.

Younger players and draft picks would be preferable. A Ben Simmons for John Wall trade won’t fit into the cap by itself anyway.

While Wall is making a vast amount of money, at least he is reportedly teaching some of the Rockets how to become a professional like young player Jalen Green. Who was the 2nd overall pick in the 2021 NBA Draft.

With 2022 upon us, John Wall is working into game shape as discussions continue to possibly move the 5 time all-star. ESPN’s Adrian Wojnarowski reported back in November that Wall was willing to take the court for the Rockets but the team said it would have to be in a lesser role.

Shams Charania of the Athletic says teams are interested in the Rockets point guard if a buyout occurs, this isn’t BREAKING NEWS. That means that he would most likely be signed to a minimum contract.

I don’t think there is a team in the NBA that wouldn’t take a flier on him at minimum pay. I think teams would pursue him with his current contract, if the NBA didn’t have a salary cap.

The problem is it does and Wall is owed $91.7 million through 2023. That would likely be a dark cloud to NBA franchises given that the odds of success are against the point guard. At least as far as living up to the money goes.