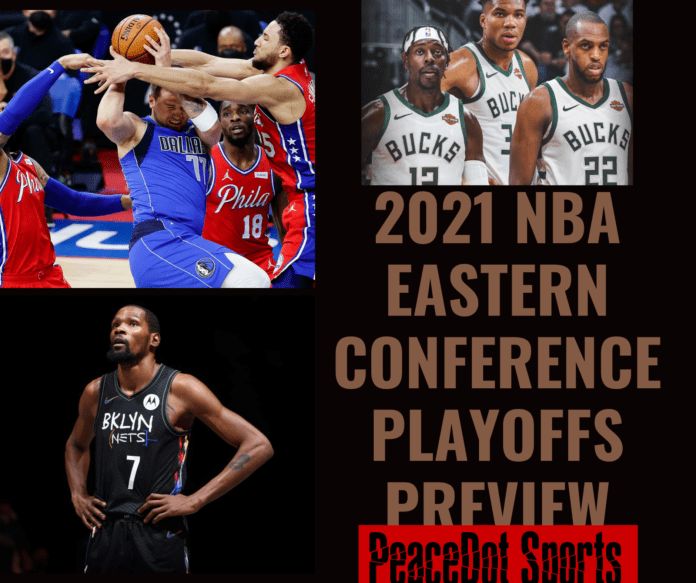 Outline for a championship

There is an outline to winning an NBA championship and this outline has reigned true every single season NBA basketball has been played. Simply if your team is not good defensively, they don’t have a realistic chance at winning a championship.

This has remained true in every season of NBA basketball.

The NBA playoffs are a different animal. There have been many high scoring teams in NBA history, the ones who aren’t good defensively, never win championships. These 60-65 win teams never even stood a chance. Here’s why.

In the NBA playoffs, it’s not about how many points you score, it’s about stopping your opponent from scoring. These teams usually get past the 1st round but only make it to the conference finals in years their conference is weak.

By the conference finals, at the latest, these defenseless teams face-off against a real contender, who plays defense and it doesn’t matter how many scoring threats your team has, the defensive opponent will get stops.

If you don’t play defense, you will lose. Like Ben Simmons said “at the end of the day, there’s only one ball and you gotta play defense too”.

There’s only one ball

“Obviously Brooklyn has a lot of talent, but at the end of the day, there’s only one ball and you got to play defense too.”

There is only one ball and unless the NBA changes it’s rules before the NBA eastern conference playoffs start, to make it, take it, the Nets aren’t serious title contenders. Am I saying that they can’t beat the Sixers? No, I’m not, I’m just saying I doubt they’ll get out of the NBA’s eastern conference on the 2021 NBA playoffs.

If Brooklyn was in the Western Conference, I would bet that they couldn’t get out of the second round. The Nets may not even be the biggest threat to the Philadelphia 76ers in the eastern conference playoffs.

All over social media, Sixers fans are worried and even scared about a possible NBA Eastern Conference Finals match-up with the Brooklyn Nets.

I’ve heard that defense doesn’t matter in the playoffs and the NBA has changed. Meaning today offense wins championships. One under-informed fan asked me if I thought “the 2020 Lakers were champions because of their defense”. He wasn’t inquiring but rather thought he had landed the death blow in an argument.

I told him “yes, of course the 2020 Los Angeles Lakers won because of their defense”. Just shocking I have to explain this to people and to make it all the more ridiculous, these people think they know what they’re talking about.

I could never act like I knew something about a topic that I didn’t. Wouldn’t even consider potentially making a fool of myself. I wonder if they’ll get it one day and laugh thinking “I knew nothing, how embarrassing”.

I got no problem with them not knowing, but when someone points out that their opinions have never even once happened in NBA history, at least listen. C’mon now.

Some fans recognize that defense is very important at least to some degree. Too many fans are biting their fingernails, frightened at the thought of the Brooklyn Nets high-powered offense.

OK, but the Nets don’t average the most points-per-game, they are second.

There isn’t a stat that can tell you who or what a team is better than point differential.

If I missed five full seasons of the NBA, because I was stranded on a desert island with a volleyball, then when I returned someone put a gun to my head and forced me to choose who was going to win the NBA championship, this is the only stat I would need to make an educated guess.

After the Bucks, Sixers, and Nets, the Atlanta Hawks and New York Knicks have the 4th and 5th best point differential in the East.

Where I seen these guys?

Back about 15 years ago, a friend of mine made a lot of money betting on NBA playoff series’, mostly involving Mike D’Antoni and Steve Nash’s Phoenix Suns.

Where have I seen these guys lately? Back then they were considered a serious championship contender, I knew better though.

My friend was skeptical, but by breaking down and simplifying things, I convinced him.

I’m going to do the same thing here but with the Sixers and Nets head-to-head. This is how simple it really is.

The Sixers are a very good defensive team, let’s just say that the Nets hit that average, even though the Sixers play good defense.

OK, NOW, HERE’S THE THING, Brooklyn is very bad defensively and the 76ers who average 113.9 PPG, will average much more against an awful Brooklyn Nets defense. That’s all folks.

Much of the Sixers climbing to the top of the NBA’s eastern conference in 2021 is because of Joel Embiid’s sustained and more consistant greatness on the floor. There was a facebook conversation about the Nets doubling Jo-Jo and that teams might do this in the Eastern Conference playoffs.

These fans acted like they had just had an epiphany. No need to debate the topic, let me help you, YES, the potential NBA MVP for the Sixers, will see many double teams in the eastern conference playoffs.

This shouldn’t be something you just realized and you’re not blowing people’s minds with it. Embiid might win the NBA MVP award, OF COURSE, he will see double teams on the blocks. Why wouldn’t he?

Hopefully he passes out of these double teams at the right moment and makes Philly’s opponents pay. This is why the Sixers brought in shooters to spread the floor.

I’m not sure how effective the Nets doubling Joel will be but I’d sure love to see Embiid kick it back out and watch the Nets try and rotate. When healthy the Nets are one of the worst perimeter defenses of all-time.

I picture something like Kyrie and Harden colliding to the floor and Joe Harris spraining his ankle, tripping overtop of them.

James Harden is the worst perimeter defender I’ve seen since his head coach, Steve Nash was playing. He has terrible awareness and bad lateral quickness and to top it off, he gets lazy, just going through the motions.

Some people think the Nets might turn on the defense come playoff time, but unlike teams like the 2001 Los Angeles Lakers or the 2018 Warriors, Brooklyn won’t turn it on for the eastern conference playoffs because they simply aren’t capable of it.

The Milwaukee Bucks are very capable though. They are the top scoring team in the NBA and are very good defensively.

Any NHL fans out there? Remember a few years ago when the Washington Capitals would win the president’s trophy (most points) and then lose in the playoffs? Then the year they weren’t seeded as highly, they won the Stanley Cup?

Teams realize through experience to not try as hard and kill themselves in the regular season sometimes. When the Golden State Warriors lost in game 7 of the 2016 NBA Finals, part of it was that they were just spent.

The NBA playoffs are a game of adjustments. I know everyone has heard this before. For those who don’t know, it means that after a playoff game, a team will see something they can exploit and/or fix something that was used to exploit them in the previous game.

Compared to the other major sports, there are less upsets in NBA playoff series’ because of this. When one team is more talented than another, there will be more adjustments available for them to make.

The less talented team has less possible adjustments at their disposal. They will run out of adjustments quicker than their more talented opponent. There are still upsets like when the Denver Nuggets defeated the LA Clippers in the 2020 bubble.

How many points you score in the playoffs is important but it’s not that important. It’s not like it makes or breaks champions. Defense does that.

In a series against the Sixers in the NBA eastern conference playoffs, the Nets won’t have many adjustments that they can go to defensively. The Sixers on the other hand will have many to exploit or suppress the Brooklyn Nets.

Ben Simmons and his versatility as the NBA’s best defender will be a major reason why. The only real option for Brooklyn is whether or not to double-team Joel Embiid.

The Nets players are bad defensively, individually and as a team defense. Even the ones that aren’t bad, they aren’t really good either. Jeff Green and Deandre Jordan are decent but not what they once were. Kevin Durant has improved through his career but he’s not good, he’s just better.

If you don’t think it matters, you’re a fool. Who’s picking up Ben Simmons, Kyrie or James Harden – HA.

But they’re not healthy

Some fans reading this are thinking “but the Nets aren’t healthy. Durant, Harden, and Irving haven’t played together much.”

The Nets are better defensively without Kevin Durant, Kyrie Irving and James Harden playing together and if they played together more, their average point differential would be worse.

When the Nets were all playing together after the Harden trade, they were giving up 140-150 points-per-game. The Nets aren’t going to do much in the eastern conference playoffs.

When they lose, the media will be like “CAN YOU BELIEVE IT, WHAT WENT WRONG, SHOCKING. Then it will be rinse and repeat next season with the same ending, if it’s the same roster.

Together they are dangerous offensively but like Ben Simmons said, “There’s only one ball and you gotta play defense too”. The Nets don’t get extra shots at the basket because they have multiple weapons. Rebounding could get them more shots, but the Nets aren’t good at that either.

The Sixers might not make the finals this season but the Nets won’t either. If they did, the NBA Finals would end in 4-5 games. It would mean all the NBA eastern conference playoff teams crapped the bed.

If the Sixers don’t make the finals, Hey Philly, it’s ok, they aren’t the Lakers, they have already accomplished more than anyone thought they would this season.

While we wait to see if our 76ers get through the eastern conference playoffs, Philly, I’m talking to you, stop acting like a scared bitch in a horror flick because of the Brooklyn Nets. They’re nothing too tough to handle.

Now a message with all credit going to Kobe Bryant, for the Brooklyn Nets: YOU MOTHERFUCKERS ARE SOFT LIKE CHARMIN.

The Nets have the worst defense I have ever seen in NBA history and I have seen tape on every playoff team going back to the 1960’s. Defense wins championships. ALWAYS.