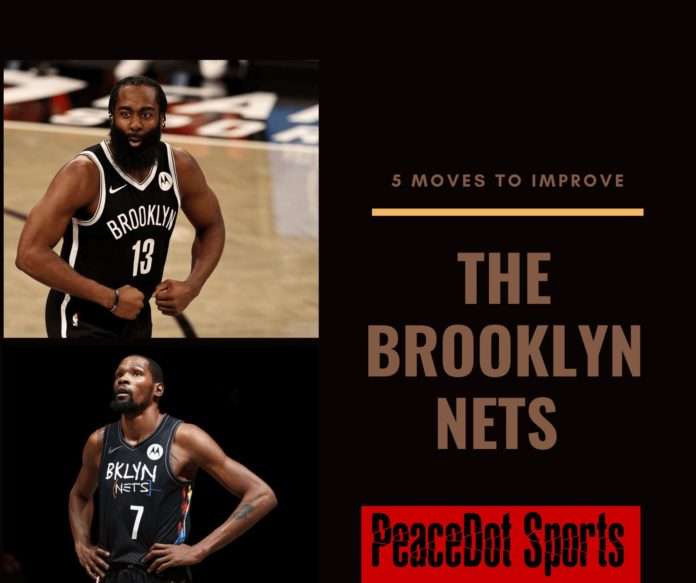 The Brooklyn Nets payroll: 5 moves to improve in 2021

This is a list of 5 moves that could improve the Brooklyn Nets by the trade deadline in 2022. What does the current Nets payroll allow for in transactions and signings?

The Brooklyn Nets have a very unusual payroll. It consists of 14 players. Eight of these players are making under $2.6M this season. Five of those eight are making 1.8M or less.

Brooklyn lost much of it’s depth when they traded for James Harden to accompany Kevin Durant and Kyrie Irving. Players like Caris Levert and Jarrett Allen will be sorely missed.

What this means for the Nets payroll

This means the Nets are well into the luxury tax. I’m not going to get into penalties and things like that, instead I’m going to explain what it means for trading and/or signing players.

Brooklyn was able to go way over the salary cap apron when they acquired James Harden because financially they weren’t over the cap threshold before the trade. Any trades made after the Harden acquisition, the team has to be under the tax apron of $138M for them to be completed.

It seems that every week ESPN’s Adrian Wojnarowski is reporting potential moves the Nets may make but not all of them are realistic. Here are some of the Nets options with their payroll. 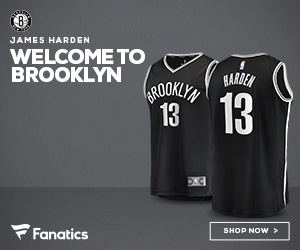 Spencer Dinwiddie tore his ACL in the third game of this season. The Nets have applied for and been granted a $5.7M disabled players exception. This may be Brooklyn’s best option to adding a quality player, if they use it right.

They have until April 19 to use this before it disappears. They can’t add it into another deal either. The $5.7M can only be used by itself.

Trading Kyrie Irving is an option that if done, most likely would happen after the 2020-21 season. The perfect player to play with Kevin Durant and James Harden is Klay Thompson.

Irving is making a nice chunk of change. He represents the Nets biggest overall contract and the third highest salary overall on the team. His deal is around $35M per, on average, for the next two years after 2021.

For another franchise looking at Irving, although it’s not a cheap contract, it’s not an insane contract either. There are plenty of players less talented than him who are making more money than Kyrie. His years are a positive for the Nets too. The team interested wouldn’t have to invest 4-5 years into Irving. He would only have two years left on his current contract.

Klay Thompson has the perfect skillset

Thompson suffered his second major knee injury before he could officially come back from his 2019 NBA Finals ACL tear. I wouldn’t trade a healthy Thompson for Kyrie but he’s not healthy and the question will arise if he ever will be again. Will he return to an elite level of play?

He brings great defense and pure shooting from the 2-guard position. He doesn’t need to dominate the ball either. Barely needs to touch it to torch the nets.

Both Kyrie and Harden need to dominate the ball and they don’t work defensively because they aren’t good defenders. Sometimes reasons are this simple.

Klay Thompson never needs the ball in his hands for extended periods of time. He in theory would mesh as well as anyone with Harden in the backcourt.

Harden couldn’t get along with Chris Paul for long. CP3 is going to be a first ballot hall-of-famer. His passing gets his teammates the ball in positions to score. I Don’t understand how there could be any problems with playing with a player like that, but what are you gonna do.

Thompson might be an option, where without injury, I doubt he would’ve been. He’s also a risk. It doesn’t have to be Thompson, I’m only using him as an example because he would be a perfect fit.

Whoever the Nets try to trade Kyrie for, his skillset is as important, if not more important than how good he is. You have to fix the weaknesses. Perimeter defense is a blinding weakness for Brooklyn. It will prevent them from winning a championship until it is addressed.

I say trade both Joe Harris and DeAndre Jordan because after the big 3, there isn’t anyone else on the Nets payroll to even consider trading to equal the money needed to work under the cap.

The rest of Brooklyn’s roster doesn’t equal Harris and Jordan’s salaries within the Nets payroll. What will DeAndre & Joe get you?

I’m not sure. There could be teams interested in Joe Harris and take-on Jordan’s salary too.

I’m not sure how many teams would be interested or what they would offer in return. It is an option though. One of not many at all.

If they would have used it prior to making the blockbuster trade with the Houston Rockets, the Nets would be hard capped into the offseason until the 2021-22 new league year officially starts.

People were saying the Nets should have used the MLE ahead of time. It wouldn’t have mattered because in the end if you used it and then went over the of the apron, it’s the same penalty, whether done accidentally or purposely. Meaning, it doesn’t matter that Brooklyn didn’t know they were acquiring Harden. All that matters is the end result.

There is about $30M in maneuverability into the luxury tax until you pass the tax apron. The tax line is at about $132M and the apron is roughly $138.9M.

The mid-level exception is for teams who are past the cap ($109M) and operating within the luxury tax($132M) before hitting the apron($139M).

To sign any free-agents into this level of tax, it has to be a Bird’s rights player that the team is re-signing. They can also use trade exceptions or disabled players exceptions like the one they currently been awarded because of Spencer Dinwiddie.

Any sign-and-trades also turn the Nets payroll into a hard cap. Next season the Nets will have the taxers mid-level exception again, which is less years and money than the non-taxers mid level exception.

After the players are bought out and come to a agreed upon settlement, they can sign with any other NBA franchise for the rest of the season.

Who’s getting bought out?

Fans and media are already speculating what players may be joining Kevin Durant, James Harden and the Brooklyn Nets. Andre Drummond is at the top of this list, the monster-on-the-boards is thought to be getting his buyout from the Cleveland Cavaliers and everyone thinks the Nets will be his landing spot.

Blake Griffin, the 2009 first overall pick may be bought out by the Detroit Pistons and the San Antonio Spurs are said to be buying out 7x NBA all-star LaMarcus Aldridge.

J.J Reddick, Gorgui Dieng, and Jeff Teague are some other players rumored to perhaps being bought out by their teams. The Nets won’t be the only team interested in these players though.

The Los Angeles Clippers and the Lakers will be recruiting these players for the stretch run too.

5) Go back and undo Harden trade

This isn’t the first time in the last decade that the Brooklyn Nets mortgaged the future for what they thought would win them championship rings.

I don’t see this incarnation ending any differently than the first time with Kevin Garnett and company. I wouldn’t want James Harden on my team and I say this breathing a sigh of relief.

I’m a Philadelphia 76ers fan and I’m thankful that the Houston Rockets traded James Harden somewhere other than to Philly.

As constructed at present time, this team isn’t a true contender. No team who isn’t good defensively ever won a championship in the NBA. You can disagree but you’ll just be wrong when the season ends.

The Brooklyn Nets payroll is over the deep end but if the waters are navigated with proper execution, they could find sunken treasure in the form of trophies and rings. If not they will just sink and drown in a futile attempt to find riches and success.

The Nets have over $10 million in cap holds for the 2021-22 season. They drafted Cameron Thomas from LSU, where he averaged 23.0 points-per-game as a freshman.

Brooklyn also traded for Day’Ron Sharpe out of Chapel Hill, North Carolina. He is a very gifted young player, who down the road could be something special. They traded for his rights after the Phoenix Suns selected him with the 29th overall pick.

They still have Nicholas Claxton and have re-signed Blake Griffin to a new league minimum contract.

As of September 1, 2021, Brooklyn only has 10 players under contract. The taxpayers mid-level exception has been used on Bruce Brown. The rest of the team will be rounded out with more minimum deals.

As constructed, I don’t see the Nets as a team that will win a championship. I still think when they only have either Harden or Kyrie Irving unavailable to play, that they’re a better basketball team.