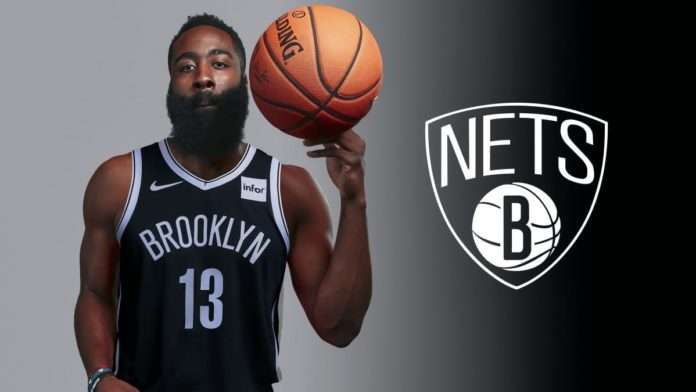 How much better are the Brooklyn Nets with James Harden? I’m not sure that they are better. I know they aren’t winning a championship and I know Kyrie Irving can’t play in a backcourt with James Harden.

The Picks..Oh So Many Picks

At first glance people will think the swaps aren’t very important and in 2021 and 2023 that may be true. The last two in 2025 and 2027 are a possible killer for the Nets franchise.

Kevin Durant and James Harden won’t be superstars in 5 years. With the three first round picks traded for James Harden, the Nets could be in full rebuild mode by then. They won’t be able to rebuild properly, especially if the Rockets force the swaps.

The Nets also gave up Caris Levert, Jarrett Allen, Taurean Prince, and Rodions Kurucs in the James Harden trade. Allen and Levert are two of the players that led Brooklyn to the playoffs in 2019.

They were two of the best defenders on the team too. Defense is what wins championships. Losing these players depletes Brooklyn’s depth substantially as well as its defensive prowess.

The Brooklyn Nets are going to regret mortgaging the next decade for the right now, because right now isn’t going to be good enough to win them rings.

You would think after mortgaging the future for Kevin Garnett and company, Brooklyn would heed the past, but this trade could be so much worse.

Those moves cost the Nets 6-7 years. How many years will it take the Nets to recover from bringing James Harden to the team?

James Harden is a player who needs the ball almost all the time, if he isn’t controlling the ball, he’s a liability on the court.

James Harden wanted Dwight Howard on his team, then that didn’t work.

Then he wanted Chris Paul, that didn’t work either. Who has a problem with playing as one of Chris Paul’s teammates?

CP3 is going to be a first ballot hall-of-famer, his greatest skill is his passing ability. He gives the ball to his teammates, first and foremost. James Harden is a ridiculous man, from his wardrobe to his defense.

Finally Harden was sure he wanted Russell Westbrook, all the way, until he didn’t anymore. After Westbrook, Harden didn’t want the Rockets anymore.

There have been many players like James Harden throughout the history of the NBA. Players who don’t play good defense and only care about their statistics.

Elite scorers that everyone thinks if he was teamed with another great player, they would be a force to reckon with. That’s until it’s live game action and not on paper anymore.

James Harden will never lead a team to a title. I don’t think he’ll ever just fall in line and play the team game. How is Harden going to feel about not being the top-dog in the franchise’s structure. Brooklyn’s top-dog is Kevin Durant. Just like in Oklahoma City. Nothing James Harden does will change that in New York.

I’m sure Harden will acknowledge this and say he’s fine with it, but when it comes down to it, will he?

A Brooklyn Nets backcourt of Kyrie Irving and James Harden doesn’t work in reality. There are problems on both ends of the court with this pairing. Maybe the Nets have a long term plan that was set in motion before making the James Harden trade. They Nets front office better have a plan. If not it’s a terrible move.

It may look good on some nights during the regular season but the playoffs are a different brand of basketball in the NBA.

Harden and Irving are both guards who need the ball to be effective. Kyrie has the best handles in the NBA. That is what makes him an elite talent.

If Harden has the ball and Kyrie is off-ball, it takes the best asset away from Irving’s game. Both guards are only at their offensive best when they can dominate the ball.

Defensively Harden and Kyrie won’t work together. Defense is the end of the floor that makes or breaks champions. It seperates the contenders from the pretenders. James Harden and Kyrie Irving are not good defenders. They aren’t good in team defensive situations or individually.

No championship contending team has had a poor perimeter defense. No team is ever going to score themselves to a championship. Harris, Kyrie, and Harden aren’t even close to being good enough defensively.

When you get to the conference finals, you’re going to be facing a team that can play defense. If you can’t get stops, you will lose, because that team will stop you from scoring. If you can’t reciprocate, your season will end.

The Kyrie Irving and James Harden dilemma may become a major frustration for Kevin Durant. When it comes down to it, Durant’s state of mind will take precedence within the Brooklyn organization.

I can’t see this convergence of talent not becoming an unsettling situation for Durant.

Trading Kyrie Irving may be the only answer for Brooklyn. The question will be what is available for him on the market.

If I was to pick the perfect player today that could possibly mesh with Harden and Durant, it would be Klay Thompson. When healthy Klay Thompson is a sharpshooter with great defensive ability and awareness.

I wouldn’t trade Klay for Kyrie, if Thompson was healthy. The Nets have rid themselves of most of their assets for the future. Would Irving and Joe Harris be enough to get a player like Thompson?

Since Klay isn’t available, who else has a skillset like him in the NBA? A player who doesn’t need the ball, but is a great shooter and defender?

They don’t just need a shooter, it’s imperative that whoever it is, that he plays great defense.

As a Sixers fan, I’m relieved that this ordeal is over and James Harden isn’t a member of the 76ers. For the Brooklyn Nets I think they just sold the farm, thinking they are now legitimate contenders. I don’t think this James Harden trade does that.

I’d be shocked if that turned out to be the case. The Nets didn’t just sell their future for the next 7 years, they also lost their depth and much of their defensive prowess.

All this for a player who only has 2-3 years before he starts to decline. The same player that up until now hasn’t been able to make it work on the court with any of the elite players he has played with in the past.

This is not anomaly, if you know James Harden’s game, you know why it hasn’t worked out. If anyone thinks this time will be different is either fooling themselves or really doesn’t have a grasp on the game.

People thought similarly of Allen Iverson when he got traded to Denver. The Nuggets weren’t better than an 8th seed in the west those seasons.

Denver Traded A.I to the Pistons for Chauncey Billups and the Nuggets became a 2-seed in 2008-09. They gave Kobe Bryant’s Lakers a run for their money in the 2009 western conference finals.

There has been many players like James Harden. They don’t lead teams to rings because they’re games aren’t that of champions. They lack the factors and intangibles required.

It’s a selfish game they play and that remains unchanged. James Harden’s career will be winding down in a few years. After he retires there will be another James Harden entering the league.

They’re always present in the game. Trading for James Harden was a mistake. The same players that win, continue to win, because they are winners. Players like Harden do not win because they aren’t cut from that cloth.