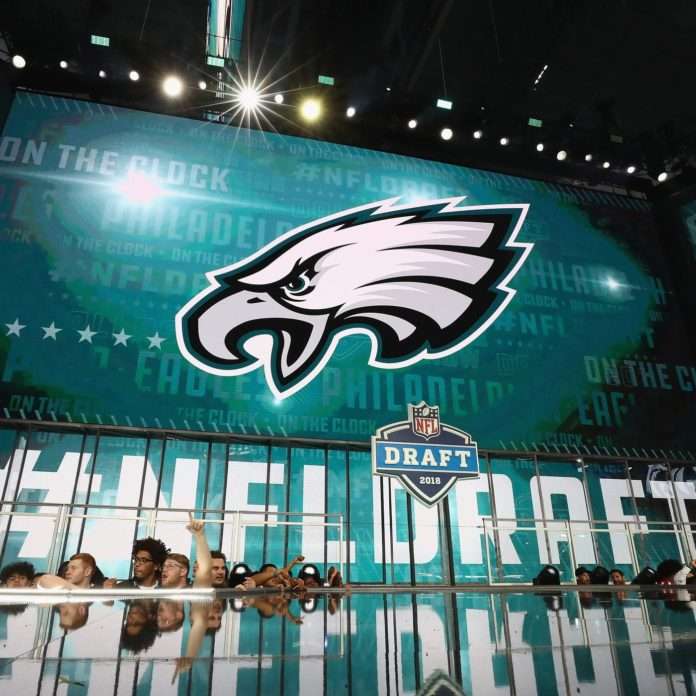 Is it a good thing for the Eagles to make the playoffs? I am against tanking to get a high draft pick, but

This was a good thing, it helped the Eagles make the playoffs for the first time under Reid the next season. They were young, learning a new system and believing that they could win in the NFL.

There were people that said what was the point? Why didn’t they lose those games to get a higher draft pick?

They needed to believe they could win, and finishing off the season winning their last 2 games, it helped them believe in themselves. This belief was the first spark leading to the pickle juice game vs Dallas, that kicked off the new millenium.

If I said this record comes in an awful division, that would be an understatement. Two of the three wins come against division rivals, who are just as terrible. Terrible is a bad word, below mediocrity. Imagine if they were in a great division.

The Eagles healthy are a 2nd tier NFC team at best. What I mean is they aren’t on par with the teams competing to go to the Super Bowl.

An example: Andy Reid during the string of 4 straight NFC championship games, always got to the title game. Why? It’s because when he faced the wildcard winner he had the better, more complete team.

He played almost vanilla, exploited the opponents weaknesses and making sure to protect the ball. Whether the Bears, Falcons, or Vikings, it didn’t matter. The score wasn’t crazy but the game was never in doubt.

The Eagles in 2020, if they made the playoffs are that opponent Andy faced. Except what he did in the Divisional Round would probably be done in the Wildcard game like it was by Seattle last year.

Some Eagles fans won’t accept that. That’s fine. Tell yourselves that I know nothing and continue on with your day. The Philly media makes every team out to be more than they are unless their the worst or just happen to be one of the best.

Myles Garrett didn’t even play against the Eagles. Garrett is probably the best pass rusher in the NFL right now. He would have changed the game.

The good news is the Eagles aren’t that far away if they can stay healthy. I believe they need a good safety, more speed at the WR position, some help on the offensive line, and an overhaul to the linebackers.

Before you say “but when healthy its one of if not the best O-Line in the game”.

I agree but some guys aren’t as young and a couple have flirted with retirement already. I’m not saying spend a high pick just be prepared.

The point I’m making is I hope the Eagles don’t make the playoffs this season. If they do, they’ll be drafting 21st, lower if they happen to win one game before being dismantled on national television.

If the Eagles aren’t the NFC East team that gets embarrassed in the postseason, they are most likely drafting between 5-10. Who knows maybe even 4th. That’s in each of the first 3 rounds.

We don’t have a 4th round pick but have our top 3 picks for the 2021 NFL Draft. This could be what the Eagles need. I don’t need to see them make the playoffs because there chances are zero.

Same odds the Phillies had. The baseball club of course had no shot because of the bullpen, or the lack of one in this case. It’s the last thing in todays MLB you can be without.

I’m not saying they should tank, I don’t think they’ll have to, the next 4 games are against the Seahawks, Packers, Saints, and Cardinals. Let’s see what happens there. Then figure out the strategy for the final 2 division games.

All the fans who want Jalen Hurts to take over for Carson, have you seen him play in college?

I did! For years almost weekly.

Jalen Hurts can run but he’s not that fast. He only runs a 4.6 and that’s not one of those he’s faster in game looks. He is a very good NFL back-up at best in my opinion.

Nick Saban and the coaching staff were foaming at the mouth to replace him with Tua, and did so in the National Championship game when Bama was well behind.

In the 2nd half, Tua sparked an amazing comeback as Bama defeated Georgia for the title.

I’m just saying some of you out there, who haven’t really seen Hurts play but because of where he got drafted, you think he’s something he isn’t.

Just letting you know “He Isn’t”.

I’ll put it like this if you have a great QB and he goes down in training camp, I don’t think many coaches will really feel comfortable with Hurts as the starter.