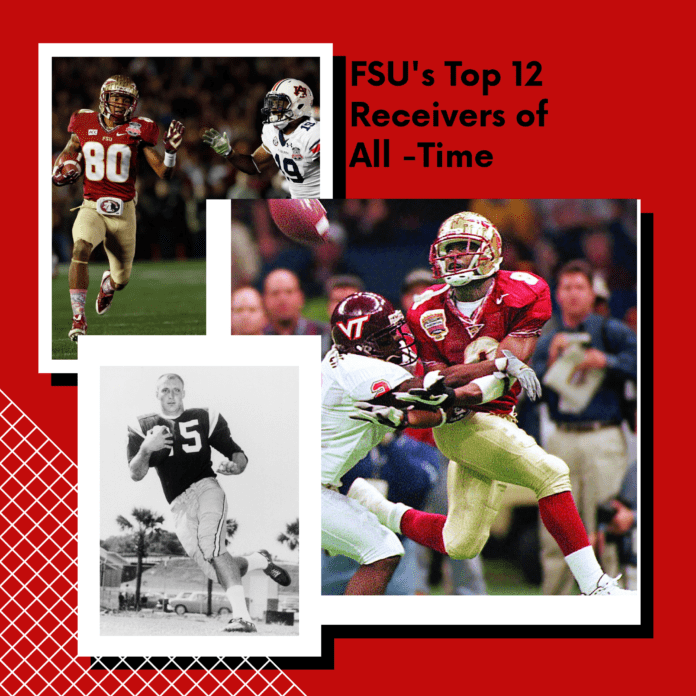 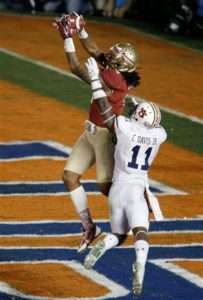 A key factor in the 2013 National Champions record setting offense. He had 54 catches for 1,011 yards and 15 TDs that season.

Drafted only after two seasons at FSU by the Carolina Panthers in 2014 with the 28th pick of the 1st round.

No doubt, if he stayed in Tallahassee another season, Benjamin would be ranked higher on this list. 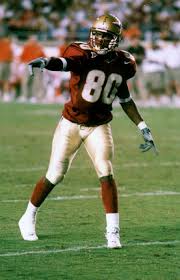 He showed enough talent in his playing time in college football to get drafted 20th overall in the 2002 NFL Draft. 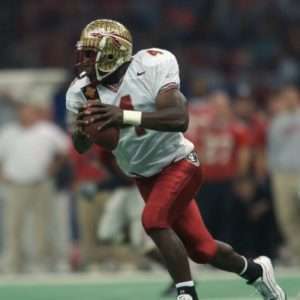 Anquan Boldin came to Tallahassee as a QB. He was moved to WR and was a member of the 1999 title team.

In 2002, the Noles didn’t have the talent that the program had the previous 15 years but still made it to the Sugar Bowl as an underdog to face-off with the 12-1 Georgia Bulldogs, who were ranked 4th in the country.

In his final game Boldin caught a touchdown and wound up playing quarterback in the 2nd half. Throwing a TD pass in the Seminoles defeat.

Boldin went on to have a HOF caliber career. Getting drafted by the Arizona Cardinals and then playing for the Baltimore Ravens.

Quan was a Walter Payton man-of-the-year award winner and a super bowl champion. 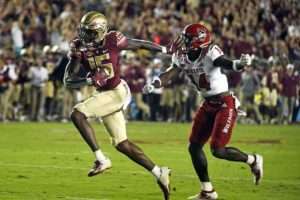 Tamorrion Terry’s Florida State career has ended prematurely.  Terry could have been one of the all-time best Florida State wide receivers ever.

Snoop Minnis was a consensus All-American in 2000. The best of the Florida State wide receivers to start the new millennium, Snoop stepped up in the pass game when Peter Warrick’s career ended in Tallahassee after the 1999 National Championship win. 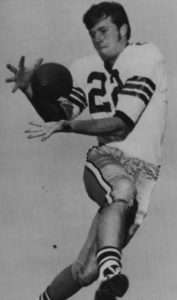 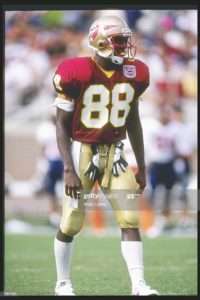 The first FSU championship came in 1993. The top receiver on that team was Kez McCorvey. He was one of the best FSU wide receivers in the 1990’s. 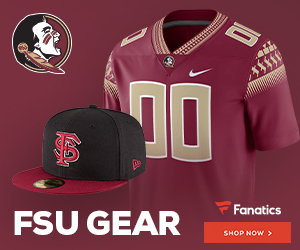 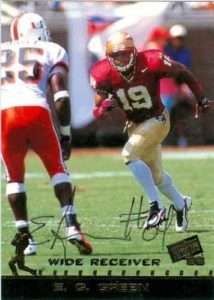 He led the ACC in yards in 1995 and touchdowns in 1996. Even though he led the conference in TDs in ’96, it was only his third highest career total. 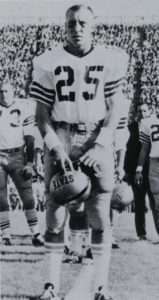 Before Fred Biletnikoff was the spokes boy for stickum or an NFL HOFer, he was the first great Florida State football player.

Biletnikoff wasn’t just the best FSU wide receiver when he played, he was the best WR in the entire nation. 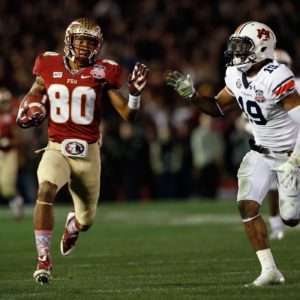 Rashad Greene caught many passes, on many drives, for four seasons. One drive stands out above all others for one of the best Florida State wide receivers of all-time.

That’s the 49-yard catch that set up the championship winning touchdown from Winston to Benjamin. In that title game, Greene went 9-147.

Greene left the Noles as the all-time team leader in catches and receiving yards. The yards are also 1st all-time in the ACC.

His career stats stand at 270 receptions for 3,830 yards and 29 TDs. Greene is the best FSU receiver based on statistics alone. 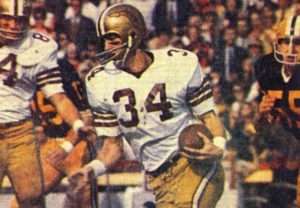 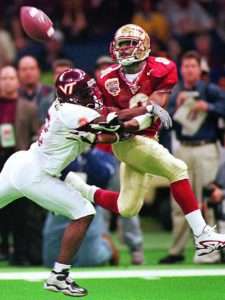 Peter Warrick was a two-time Consensus All-American for the Noles (98-99). After not showing out in the 1999 BCS championship game, Warrick came back to school. He would have been a very high draft pick if he turned pro but he wasn’t leaving school like that.

Warrick is one of the best Florida State wide receivers ever, personally I think he was the best.

In the 2000 BCS title game, Warrick did what he had been doing since 1995. He had 6 grabs for 163 yards and 2 TDs, plus a punt return for a touchdown. #9 was the key factor in winning the Seminoles 2nd National Championship on school history. 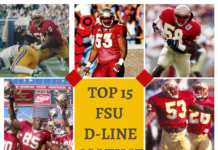 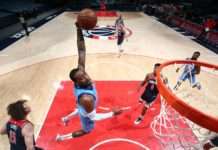 Is a John Wall trade really a reality for the Rockets 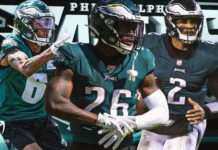