For over a week now their have been many Sixers trade rumors swirling in the media and throughout social media. Is this nonsense and foolish conjection leading to false speculation?

The writers and talking heads covering the NBA, don’t have enough gripping subject matter to report on at this time. How many of these experts actually know what they’re reporting is false?

Would the media create these rumors just because they need that juicy scoop to talk or write about? Meanwhile they’re just bumping their gums aimlessly.

I don’t know about that. Here is what I do know.

The NBA uses a soft cap. In 2020-21 it will be set at $109M. This is a teams payroll. How much your players under contract will be making in the upcoming season.

The NBA cap has a threshold. This is the number that if surpassed by a team, it puts that team into the luxury tax. In 2020-21 the cap threshold will be just over $132M. Surpassing this number means you have to pay the league tax.

It used to be dollar for dollar but now its

Everything the NBA is doing now is to prevent the teams from overspending, if you do the idea is for your recklessness, you will mostly be left with your contracts whether you want them or not.

For passing the threshold and entering the tax there are a bunch of penalties. I’m not going to get into all of them. Hell, I don’t know all of them.

One penalty that might become noticeable in 2021, is that Philly won’t have the near $10M annual mid-level exception. Instead they will only have the taxers under 6M option giving 3 years instead of four. The Sixers after that can only sign league minimum contracts and their draft picks.

The Sixers payroll is over &148M right now without a complete roster.

Teams re-signing their own players under Bird rights is the easiest way to surpass the apron. I’m not saying when a players Bird rights come up that the cap doesn’t matter. That’s basically what it amounts to though.

The NBA wants players to re-sign with their teams. The league makes it so if players in free-agency leave their team they will get less money.

Steph Curry was the highest paid player last year. He will be again in 2021. The Warriors were able to give him around $50M more than any other team would have been able to give him.

Here’s the thing about trades for teams past the Apron,

Teams above the apron, before a trade cannot receive a player unless the trade leaves the team below the apron.

The Sixers, who are $11M past the luxury tax apron, can’t make any trades, unless when the trade is completed they’re under the apron.

The team is over $148M, and that’s before draft. They have to be at around $138M after any trade they make. If they are not, the trade cannot be completed. 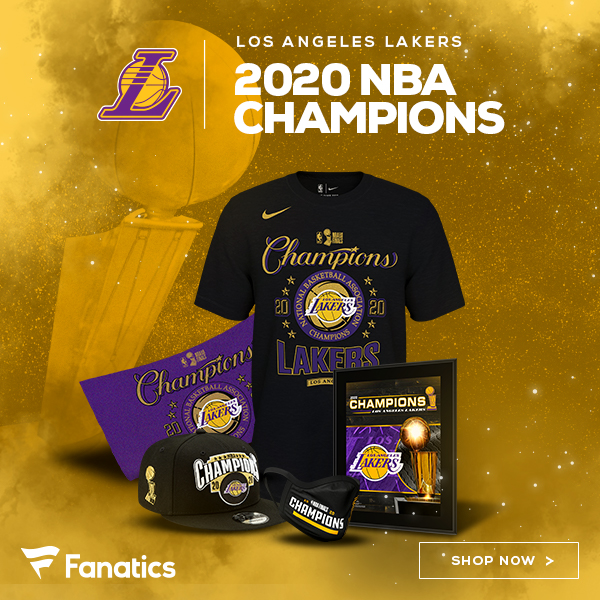 There have been many rumors. Some of these have been getting alot of thread. Here is a couple of examples.

James Harden: Harden for Simmons can’t happen. The defenseless 32-year-old guard makes more money than Ben. This trade would put them around $157M.

Chris Paul: Chris Paul makes more than Harden. So same as before but even higher payroll.

I wouldn’t want either of these guys for Ben Simmons. If Simmons develops a jumpshot he is the closest thing to LeBron James that there is. They both have the same skillset. The body of a power forward at 6’10 with the speed, quickness, and athleticism of an elite NBA guard.

Both former top overall draft picks have a defensive game that allows them to cover many positions. Ben can push the action and has the vision of a point guard. LeBron was the first player with this skillset and Ben is the 2nd.

James Harden will never win a title as a superstar, unless he joins a super team. No superstar who isn’t a good defender, has ever led a team to a championship. Don’t give me some faulty stat either about Harden being a good defender. My eyes tell a different story.

Seth Curry, not a misprint, Steph’s little brother, blew past James Harden 3 times in the first 5 minutes of a game in the bubble. It’s not that Harden didn’t stay with him three different times.

Not at all. It was like Allen Iverson type of shit, 2001. Curry was laying it in before Harden even moved. He barely turned his head to see it happen in man defense. Three different times.

Chris Paul is 35-years-old that’s all I’m saying about that. A players prime is roughly from 27-32.

If the Sixers trade Ben Simmons and he learns to shoot, it is the worst trade in NBA history. The negatives outweigh the positives. Even if you make these trades, and Philly is better for it in the short term, they’re not better to the extent that they’re title contenders.

Philadelphia has players who’s salaries are in conflict with their talent. You can’t give players years & money that exceed what they are in actuality. The Knicks did this and it’s the reason they have been irrelevant for the past 20 years.

It only took Elton Brand about 4 days to ruin the next 4-5 years of Sixers basketball. After losing Jimmy Butler, Elton Brand acted reckless and became short-sighted. Two things that if you are an NBA GM, can be devastating for your future. Personally and professionally.

His decisions were idiotic and destructive. Elton had a young team with movable pieces and draft picks. When Tobias Harris and Jimmy Butler were acquired a lot of those assets were used. The 76ers still would have had 2 superstars and a lot of cap room, if they lost both Jimmy Butler and Tobias Harris.

The media and fans were talking championship after falling to the Raptors, who went on to win the title in 2019.

Instead of waiting until a proper free-agent with elite skills became available in the next 2-3 years, Brand didn’t want to have to deal with the fanbase and media saying “WTF, we need talent”!

They would have said he screwed up a contender but unlike most I didn’t buy the Sixers as real contenders. They lost their best player when Jimmy Butler took his talents to South Beach.

Philadelphia was a team that in 2019 wasn’t a great shooting team and they lost their 2 best shooters in Jimmy Buckets and J.J Reddick.

Below is a list of the top 40 paid players for the 2020-21 season. Ben Simmons isn’t on this list because his salary isn’t based on a set number but rather a percentage of the cap. He will be the 2nd highest 76ers player this upcoming season.

The media has said or written that Tobias Harris wasn’t elite last season. That’s right, he wasn’t. Not because he had a bad season though.

Harris wasn’t elite last year because Tobias Harris is not an elite player. He will never be an All-star but he’s getting paid like a 1st ballot HOFer. He is a good player. When the Sixers acquired him he was making $18M.

Tobias averages around 17-20 ppg. That’s what you’re getting from him. You won’t get much else. There isn’t another level for Tobias to reach. This is who he is and he will never be better than he is right now.

So why did Elton Brand sign him to a 5yr. $180M contract? It’s obvious Brand can’t evaluate talent, or he would’ve known what Harris is and will continue to be in the future. Exactly what he is now.

There is no upside to Harris. He will take up 23% of the cap for the Sixers in 2020-21. Philly has a roster where the top 4 players take up most of the payroll. On most other teams, Tobias’ percentage of the payroll would be considerably higher.

If the 100% guaranteed contract of Harris doesn’t seem so bad, look below it’s a list of the upcoming seasons highest paid players. Tobias is 10th in the entire league.

Now look at the top of the list and understand this is how Harris’ contract will continue to breakdown.

I refer to the 4 days in which Elton Brand gave contracts to Tobias Harris and Al Horford as The Death Sentence. Giving these 2 players $297M combined is unfathomable. The money is all guaranteed except $12M on Horford’s last year in 2023.

Al Horford was an all-star multiple times but was never a difference maker. In his prime when he left Atlanta for the Boston Celtics, the Hawks lost 5 more games and Boston won 5 more games than the previous season.

Many talk about trading Harris’ contact like it is movable. Pretend you are a GM, you see how much money Tobias is making, would you take it on, under any circumstance? The years are the real killer.

I wouldn’t! It means you can’t in essence compete for a title. If Tobias had a year left on his deal and the Sixers had a lottery pick, a rebuilding team might take on the salary in exchange for that pick.

It would be “we will take the contract if you give us the pick”. This isn’t the reality though. The contract is for 4 more years and it will increse to over $40M by 2024.

I wouldn’t want Buddy Hield’s contract. Originally he was seen as a bad pick. Hield has improved and become a good player but is one demensional.

The Sacramento guard is a guy who stands at the 3 point line throwing 3’s at the net. That’s fine, its something the Sixers are in desperate need of. Hield is making $23.5M per-year on average.

Normally I would say you can get a player to do what Hield does way cheaper but taking in the added value of unloading the Horford contract, I’d do this trade.

I’m not sure why Sacramento would do it but I’d do it because the money is being spent regardless. Buddy’s deal is for an extra year but I could live with that.

What the NBA wanted

This is what the NBA wanted, when it set up the cap like this. For teams that spent recklessly, the league wanted to make it nearly impossible for those teams to be able to crawl out of their situation.

The Sixers will be seen as repeat offenders in 2022 and even harsher penalties will be enforced upon them, unless they can get under the apron.

The Sixers payroll will be the same next season. They will lose Richardson because he is not a Bird rights player. The Sixers will not be able to resign him. That $10M will come off the payroll.

How is Elton Brand still employed when he put his franchise in this situation? One created not by signing superstars that got injured or started to decline towards the end of their contracts like Roy Halliday did for the Phillies. That was after a couple brilliant seasons.

The only team that has this tax problem other than the Sixers, is the G.S Warriors. They have 3 titles to use as an explanation. Elton Brand what is your excuse?

Ben Simmons: in defense of the 76ers all-star PG

Derek Carr is the most Underrated QB in NFL today

Brooklyn & its payroll: 5 moves to improve the Nets