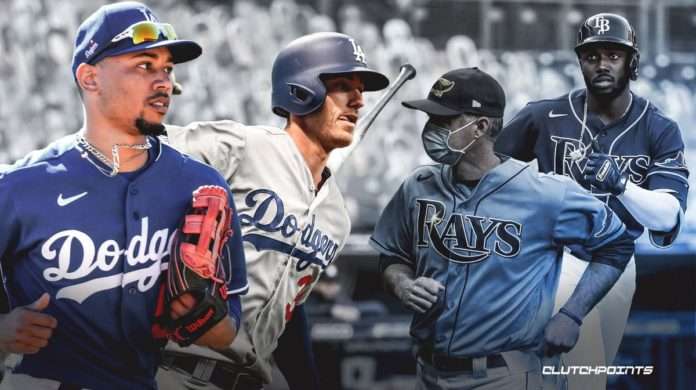 Should the odds be against the Rays entering the 2020 World Series? Are the Los Angeles Dodgers really a superior team to the effect almost all experts and anyone with an opinion is calling the series in favor of L.A before the first pitch?

I believe most fans and media are doing on tale-of-the-tape critique of the combatants that consist of starting pitching, bullpens, and hitting. There isn’t anything wrong with that. It’s a good way to get an idea of things.

A simplistic view of what I think most experts and fans are thinking and maybe why the odds for the Rays entering the 2020 World Series are what they are.

Not always the case

After the Astros acquired Zach Greinke, I stated that the only team that had a chance to defeat Houston in the playoffs were the Nationals. The Nats were 4.5 games out on July 29th. On August 1st when I stated my view, they were 7 games out of 1st in the N.L East

I got the blatant “You don’t know anything about baseball.” Apparently I had no business talking about the sport. Some assumed I was a Washington fan. Exhuberantly I professed that “No I’m a Phillies fan.” So then they let me know that the others were right I knew nothing about baseball, OBVIOUSLY.

I’m not being a pretentious know it all here, there is a point to my rambling madness. When I heard of the Greinke trade I was like “damn! It’s over. WTF.”

After the initial processing of this news I asked myself can anyone possibly defeat Houston in a series if the Astros stay healthy?

I started going through the top contenders and I couldn’t find a valid reason for any of the other top teams winning a series vs. the Astros.

Then it hit me – Washington.

The Nationals, if they can make the playoffs it’s possible they could beat Houston. There wasn’t another team really capable in my opinion.

I thought the Nats could beat Houston in the postseason with their pitching. Washington’s 3 star pitchers vs Houston, who boasted the same but came equipped with a better lineup. It had nothing to do with hitting though. The Nationals would have a chance and I was sure if they made the playoffs that they would reach the World Series.

I wrote an article about it as they were trailing in game 5 of the NLDS vs the Dodgers. 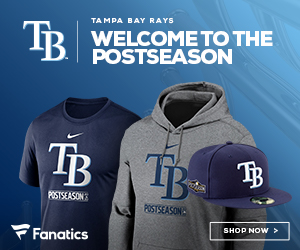 When great pitchers pitch great, elite hitting with all of its pop and swagger usually gets silenced. Sluggers are left powerless as the offensive roar  is rendered affectless as the dealer deals his hand.

I believe most of the predictions pertaining to the winner of the 2020 World Series are based heavily on Los Angeles’s star power at the plate and the advantage those bats give L.A over Tampa.

In 2001 the Yankees had a major advantage at the plate vs. the Arizona Diamondbacks. They had won 3 straight World Series’ and 4 in 5 years.

It didn’t matter in 2001. If the pitching of the opponent doesn’t let the mighty bats hit the ball, the advantage isn’t one anymore and you can wipe it away.

When predicting the Dodgers defeating the Rays in the series many media experts are suggesting that Tampa Bay’s pitching will be taking on a lineup that is next level compared to what they faced en route to the American League pennant.

Didn’t these television personalities watch the playoffs? If they did they saw the pre-season American League favorite New York Yankees get their bats healthy for the postseason.

The Yankees finished 33-27. They couldn’t get their players healthy during the season.

The lineup that Tampa Bay faced in the ALDS was as lethal as the Dodgers are. Not hypothetically either. The Yankees played like it. I feel The Rays aren’t getting the credit they deserve for defeating NewYork. People are now just looking at the Yankees record and chalking it up as they underachieved as a whole.

The Yankees lost. They got beat impressively by a really good and complete ball club. The odds for the Rays in the 2020 World Series doesn’t reflect this.

After watching the ALDS I felt the Rays were going to the World Series and winning it. The Rays really impressed me.

The Astros lost the best pitcher in baseball when Gerrit Cole left for New York.

Confronted daily by the cheating scandal, Houston looked lethargic in this shortened season.

I wrote them off before the news of Justin Verlander not returning from injury was made official.

Their lineup as a whole didn’t get it done in the 2020 regular season.

Finishing 29-31, the Astros just snuck into the postseason.

Down two aces from last year, Houston’s staff finished 3rd in quality starts in the regular season. They Ranked 2nd in the same category during the postseason. What changed was the Astros star studded lineup started to hit like the team that won 100+ games from 2017-2019. Each season going to the ALCS, making 2 World Series appearances and winning a World Series title in 2017.

The Astros Lineup that Tampa Bay faced is as good as the Los Angeles Dodgers in all aspects of hitting. They had a higher team average and have hit more homeruns than L.A this postseason.

The Rays had a chance to take out Houston in game 5. Carlos Correa just wasn’t ready for the season to end. Some people might say the Rays almost squandered a 3-0 series lead. Some will chalk this up as a negative or a weakness.

I saw Tampa take the lead in the 1st inning of game 7 and they never relinquished it against a very experienced playoff team with the track record to back it up. A team filled with future HOF players who have played in the 7th game of the World Series twice. 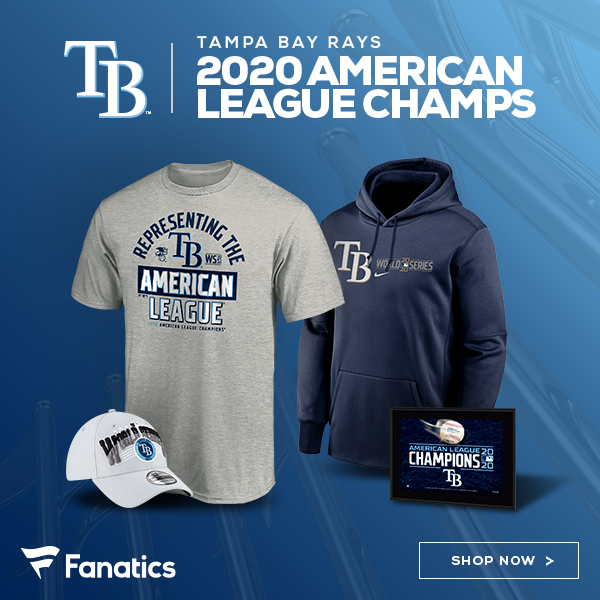 The Rays exhibited patience in not being rattled and the composure of a unit that feels they belong on this stage. They never wavered.

In game 5 of the ALDS vs N.Y, The Rays threw 4 pitchers at the Yankees. Glasnow started and went 2.1 innings. None of the Rays 4 pitchers pitched less than 2 full innings or more than 2.2 innings. The staff in this winner advances game surrendered 1 run. Winning the game 2-1 and advancing to the ALCS.

The brazen confidence and trust to do this is legendary stuff.

In comparing the hitting of the pennant winners some experts are saying first and foremost that the Dodgers have the clear upper hand in power at the plate.

I wouldn’t act the fool by being in opposition of this assessment.

I’m just going to say that the Rays have hit more homeruns than any other club in the 2020 MLB playoffs.

In the end I’m not saying the Dodgers will lose the World Series. I’m only saying that Tampa has a better chance than the oddsmakers line gives and the almost unanimous Dodgers victory that the writers and  television experts forsee occuring.

Are the odds for the Rays-Dodgers in the 2020 World Series wrong? Am I just giving Tampa to much credit?

Whadda They Mean When They Say Bullpen?