Jimmy Butler went Big O. Will it lead to a Miami Heat Title?

Jimmy Butler went Oscar Robertson twice leading the Miami Heat into game 6 of the 2020 NBA Finals. Will his legendary work lead to a Miami Heat title? Jimmy seems to think it will. Butler was very adamant that the S Heat were going to win the championship since when they were down 2-0 before game 3.

I’ve stated in past articles that Jimmy Butler is a very underrated player who wasn’t great in any one aspect of his game but good in all aspects. Butler doesn’t have any weaknesses. He can shoot, rebound, defend, pass, drive, he’s a leader, and he’s tough. He is very tough.

I had a couple people challenge this by stating Jimmy couldn’t shoot. “He was a bad shooter” they said. I just came back with ” Jimmy’s a bad shooter”? “I don’t ever hear anyone say why’s he shooting the ball”.

There won’t be anymore conversations like that moving forward.

In game 3, Jimmy Buckets had 40-11-13-2BLK-2STL. The performance was one of legends. The media and fans said it was the game of his career. Giving credit to the Miami Heat Forward but almost dismissing it at the same time as if it couldn’t happen again.

Most of these people already had crowned Lebron and his Lakers as champions as this performance of Butler’s wasn’t going to halt the coming crowning of The King. Only 3 games in but the reaction was the same as it was prior to the game, expecting the Lakers to win game 3 en route to a sweep of the Heat. This was the pre-coronation of King James and it’s still happening now.

Oops he F’d around and did it again

Jimmy Butler re-ran his legendary act in game 5. The performance in game 3 was almost drawn up as luck.

What does that make the 35-12-11 and 5 steals Butler had in game 5? Undeniable providence? Jimmy came here to win a title. He thought he was leaving the bubble with a championship since the day he arrived in Orlando.

If he does prove to be prophetic, don’t place the blame on LeBron or Anthony Davis. You or people that you put faith in crowned the Lakers prematurely. The pre-coronation really started before game 1 ended.

Don’t forget Jimmy Buckets kept telling you kill that noise, “it’s the first team to win 4 games”. Then he let you know that he was going to be on that winning team.

You probably found it funny after game 2. After the 3rd game you gave Butler props for his legendary performance but considered it luck and not repeatable.

Game 4 saw your world restored to order but then in game 5 there was a glitch in the Matrix. What does the final scenes of the 2020 NBA Finals have in store for Jimmy Butler and the Miami Heat. 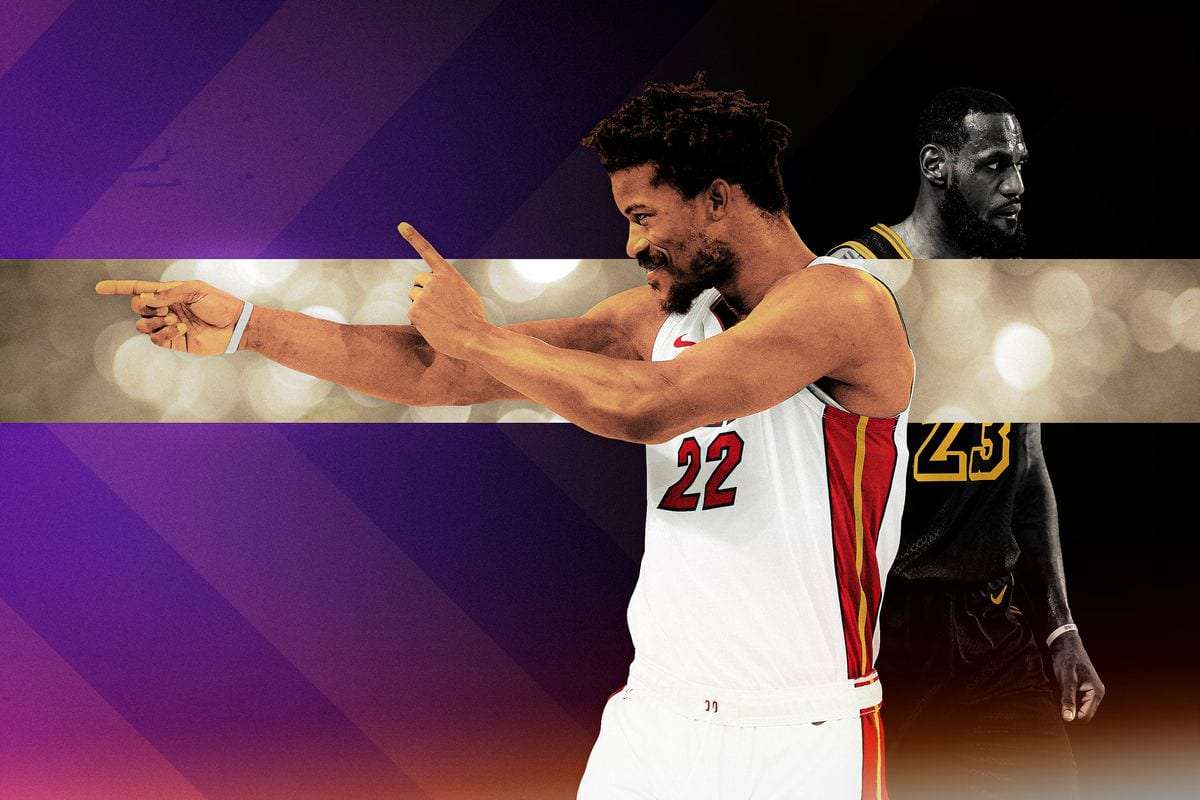 Are the Brooklyn Nets better after the...

Are the Nets better with James Harden
Read more

Vintage NBA vs. The Current Day: Who...

Is the NBA's talent better today than in decade past?
Read more

Do the Sixers need to trade Ben...

trading Ben Simmons for James Harden has the potential to be the worst trade in NBA history.
Read more

Sixers Trade Rumors: The nonsense and the...

Sixers Trade Rumors and dealing with the cap
Read more

Are the Brooklyn Nets better after the James Harden trade?

Vintage NBA vs. The Current Day: Who is Better?

Do the Sixers need to trade Ben Simmons for Harden?