I picked out six Carolina teams that never won a title and I am going to set up a head-to-head seeded tournament.

Some teams are not included that may make you say “Who the hell made this list”. I decided to not include teams who nucleus would end up winning a title before leaving Chapel Hill (e.g., 1981,2008,2016).

I pondered increasing tourney to include bubble teams but in the end 2012 and 1987 just missed out. 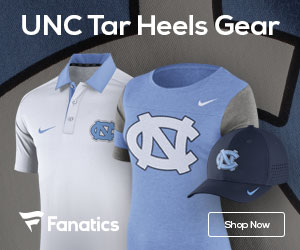 In these match-ups I’d appreciate your vote. Who do you think would win. Some players became much more after their time at Chapel Hill, try to base your vote on the actual team from that season, if you can.

I’m just going to mention the top 2 seeds now so you know who they are.

When it’s GameDay and they have an opponent then we can talk about these two Carolina greats.

In 1968 they reached the Final losing to UCLA.

This team was led by Larry Miller and Charlie Scott.

Miller was the 1968 ACC player of the year, an award that he won the previous season as well. He was named a 1st team All-American in 1968 as well as All-ACC.

Charlie Scott in his first season for the Heels joined Miller as an All-Acc 1st team selection in 1968. Scott would receive the same honor all three years he was playing at Chapel Hill.

Bill Bunting would join Charlie Scott in the 1969 season as an All-ACC first team selection.

Dean Smith didn’t accept transfer students, that is until Bob Mcadoo. I consider McAdoo to be the first stretch big. Picture Dirk Nowitzki with broader shoulders that averaged about 15 boards to go along with his 30 plus points per game in the NBA.

He was only a Tar Heel this one season, garnering first team All-conference and All-american honors.

George Karl was selected as a 2nd team All-Conference along with forward Bill Chamberlain.

Sophomore Bobby Jones is one of the best defensive players of all-time. Jones a Hall-of-Famer, was drafted 5th in the 1974 Draft but chose The ABA. As a pro Jones was a champion,an 11x All-defensive selection, 5x All-Star, and the first NBA 6th man award winner.

Description for this block. Use this space for describing your block. Any text will do.

The 1984 Tar Heels were one of the more talented teams in UNC history.

Carolina was the pre-season #1 and remained #1 most of the season. They entered The NCAA Tournament as the top team in the nation.

Carolina was upset in their 2nd game of The 1984 NCAA Tournament by The Indiana Hoosiers.

Prehaps no team from Chapel Hill ever underachieved more than this talented bunch.

The 1984 team had 3 starters who were also starters on the 1982 National Championship team in Michael Jordan, Sam Perkins and Matt Doherty.

Brad Daugherty would be the 1986 NBA Draft’s 1st overall selection and Kenny Smith was a 3x All-Acc and consensus 1st team All-American in 1987. Later that year he would be drafted 6th overall by Sacramento.

Jordan and Perkins were both 1st team All-Americans in 1984, living up to pre-season predictions and hype.

Michael won pretty much every player of the year award that there was to be won.

Rasheed Wallace and Jerry Stackhouse were the catalysts that drove the talented North Carolina program in 1995. Both players were named 1st team All-ACC. Stackhouse also garnered 1st Team All-American honors as Sheed was named to the 2nd team.

Dante Calabria and Donald Williams were both part of the 1993 National Championship team. Williams was the 1993 Final Four MOP.

Jeff McInnis was an NBA caliber point guard playing over a decade in the league.

The Carolina boys made it all the way to The Final Four before falling victim to defending National Champion Arkansas Razorbacks.