Is Spencer Howard the X-factor to the Phillies future? He is a power pitcher with 4 pitches. Howard gets a lot of strikeouts and doesn’t give up many walks. He has thrown the ball 100MPH and regularly deals at about 97-98. What will Spencer Howard provide the Phillies this season. Could he help the franchise possibly get back to the postseason by 2021

The Phillies added Zach Wheeler to their rotation this offseason. Wheeler is an upgrade in that you know what you’re going to get. For his career, Wheeler is 44-38 with a 3.77 ERA. There isn’t any trickery in those statistics either.

In 2018, Zach had a career low ERA of 3.44. He’s pitched one complete game and averages 8.7 SO9. My point is although a good pitcher I don’t think as the #2 he makes the Phillies that much better. It is an improvement though.

Aaron Nola is the Phillies guy. The pinpoint finesse pitcher with the nasty curveball makes fans feel like the Phils got a chance everytime he takes the mound.

After Nola its a crapshoot. Not to mention a bullpen that last year lived up to the worst of expectations.

Most baseball fans understand that a bullpen that is bad one year can have a good year the next and vice versa.

So what makes the Phillies better, what takes them to the next level? What makes them a legitimate playoff team?

Throughout the offseason their have been talks of the Phillies acquiring Kris Bryant, the 3x All-star and 2016 N.L MVP from the Cubs.

Sure, the Phillies could use another bat but I don’t see that move taking them to the next level.

The Phillies top pitching prospect Spencer Howard was involved in all iterations of this trade, I’m glad it didn’t happen. I haven’t seen Spencer Howard pitch with the Phillies, no one has at the MLB level and all the tape I’ve seen has been clips.

Don’t get me wrong I’ve watched clips of every pitch he threw from certain games but it isn’t like watching a football or basketball player throughout his collegiate career where I really know like I know Eagles 2nd round draft pick Jalen Hurts at best is a good backup in the NFL. I got to evaluate him for almost half a decade.

The reason why I didn’t want Spencer Howard to be traded from the Phillies is because Philadelphia needs pitching not hitting. A another all-star calliber bat isn’t going to take the Phillies to that next level but a good enough pitcher just might. Given that they sure up the bullpen.

What’s important for a title team

The day the Astros traded for Zach Greinke I made a statement on social media that led to many people replying that my take were ridiculous and I didn’t know anything about baseball.

My statement was with the addition of Greinke, the only team in baseball that has a shot to defeat Houston in a playoff series was the Washington Nationals.

At the time The Nats weren’t in playoff positioning, they were barely hanging on to any hope of contention at all. I believe they were in 3rd place in the N.L East at the time. 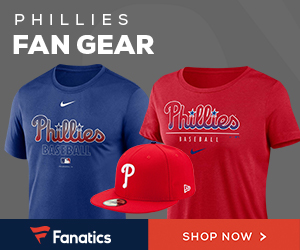 Pitching wins championships most of the time. The 2001 Arizona Diamondbacks are a testament to that.

The Phillies right now have a good lineup. Last season was a bit of an aberration in that the team went on an extended slump at the same time. One thing I think the Phillies can learn from the 2008 team is patience at the plate. Other than McCutcheon the Phils seemed to be in a rush at the plate swinging at too many pitches early in the count.

Spencer Howard just may be the X-Factor the Philadelphia Phillies need to meet hopeful title aspirations beginning in 2020 and beyond.

Spencer Howard: How he got here

Howard showed up to Cal Poly throwing around 88 MPH. After 2 seasons of strength and technique training he was registering around 97 MPH on his fastball.

In his last season at Cal Poly, Howard went 8-1 with a 2.05 ERA, and a 10.0 SO9. The relatively unknown Howard was named a 2nd-team All-American for his efforts

The Phillies selected the 6’3 210 lb. righty in the 2nd round of the 2017 MLB draft. The fireballer who routinely hits 97-98 MPH also comes equipped with a changeup that can drop to 83MPH and two breaking balls, a slider and a curveball.

In his first season in the minors, Howard was 1-1 in 9 starts with a 4.45 ERA at Williamsport, but averaged 12.7 SO9. His pitching would get better as he moved up to face stronger competition.

Spencer Howard spent all of 2018 at Lakewood starting 23 games. He would finish the season 9-8 with a 3.78 ERA. 147K-40BB with a strikeout-per-9-inning average of 11.8. That 11.8 K-per-9 led the league. Spencer Howard was beginning to move up the Phillies top prospects list as he dominated the second half of the season.

The 2018 season wasn’t where Spencer’s big breakthrough performance would occur though. Not during the regular season that is.

In a game with the right to play for the championship, Spencer Howard took the mound in September of 2018 for his Lakewood team.

When the game ended Howard walked one batter and struck out 9, reaching 100MPH for the first time, recording a 103 pitch No Hitter.

Below you can watch each pitch he threw from his first postseason masterpiece. It wouldn’t be his last. He was still hitting 95-96 in the late innings.

In the Eastern League Playoffs for Reading, Howard went 7 innings giving up 2 hits and 2 wallks, striking out a career high 12 batters.

Harper just said if Howard isn’t up with The Phillies by game 6 of the 2020 season “something is wrong”.

By waiting until game 6 off this season The Phillies get an extra year of service out of Howard.

The Phillies are almost 20 games above .500 when Aaron Nola takes the mound. They are well below that when their other starters take the mound. If Spencer Howard could join the club and make a difference it could be what the Phillies needs to solidify themselves as a top contender in the N.L East.

You shouldn’t ever expect a pitcher coming to the big leagues to immediately make a difference. Some of the games best pitchers through history have taken a few years to reach their potential.

Even if he doesn’t make a big mark on the Phillies this year, let’s get him up to the show and get him the experience he needs. He is what the Phillies need as a club. Let’s find out how good this kid can be. Lets find out if Spencer Howard is the X-Factor the Phillies have been waiting on.