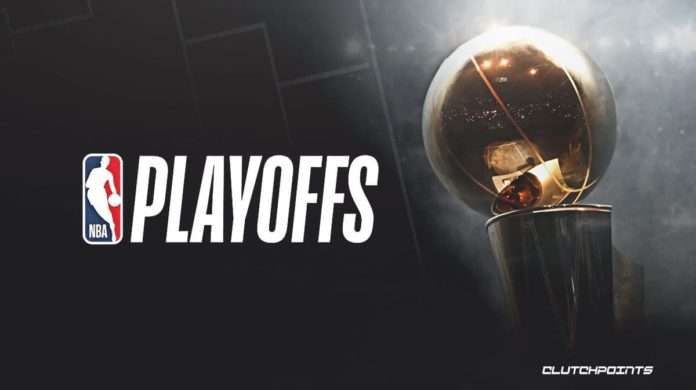 Home » blog » basketball » NBA » Should the 2020 NBA Champions have an asterisk?

I’ve read some articles about this. Each writer comes equipped with different reasoning on why they believe there should be an asterisk. They all share one thing in common, that being it’s all nonsense.

Why an asterisk is nonsense

Lets pretend the NBA season was divided into two 41 game halfs. Pick any season you want from the past. If you take out potential injuries, the top of each conference will be the same.

If the first half standings were close at the top of a conference, there might be some flip flopping but 82 games are played for financial purposes only.

There would be some big changes in the bottom seeding for about half of the playoff teams. Some teams would make the top 8 in one half and miss the playoffs in the other. In the end it doesn’t matter because none of these teams are winning the championship. None have the chamce to be 2020 NBA champions.

This isn’t baseball, where a team like Washington can sneak into the playoffs and win a title. In fact, all the other sports have had low seeded playoff teams go on a hot streak and win championships. This just doesn’t happen in the NBA.

It’s usually clear before the season starts who the contenders are. If not it becomes clear after about 30 games. When the 2020 NBA champions battles through the playoffs, no asterisk will be needed.

Nike Men's Los Angeles Lakers Lebron James 2018-19 Icon Edition Swingman Jersey
$119.99
Buy Now
We earn a commission if you make a purchase, at no additional cost to you.

My team had a chance at home court advantage

Coach Popovich once was asked while resting players for the playoffs “Aren’t you worried about getting homecourt advantage”.

In traditional Pop kickback, he replied “No, in the playoffs you have to win on the road no matter who you are or where you are seeded. If you can’t, you’re not winning anyway”.

Larry Brown said “a series doesn’t start until someone wins one on the road”.

That means you’re not often going to see a series go 7 games with all the games being won by the home team. The champions in the history of this league didn’t care much if they were at home or on the road. This is one of the factors that differentiates champions from the almost contenders.

The night the 2019-20 season started and right before the Lakers-Clippers game tipped off, I stated this is the first glance at the Western Conference Finals and the de facto NBA Finals.

“You don’t know that” I was told. “If LeBron is LeBron and both teams are healthy, Yes I do”.

The Lakers or the Clippers will be the 2020 NBA champions. If anything it’s an added disadvantage that they won’t be playing most of the playoff games at Staples Center.

If anything it will be more fair because no matter who has home court advantage in the western conference finals, the Clippers would have been the road team every game.

I was planning before the stoppage to write an article pointing out that the Lakers would be the home team in all the games of that series and how unfair or maybe it would have been. Something needs to change there, but that’s a story for another time.

Depending on the playoff seedings, whether its going to be the traditional top 8 teams in each conference or its the 16 top teams overall from both of the conferences combined, the Lakers could actually play the Clippers for the Championship.

That creates a matchup of the the two most talented teams competing for the right to be called 2020 NBA champions. Anyone talking about an asterisk is a moron.

When you defeat the best teams in four best-of-7 series, that’s what matters. I don’t see a trophy going to the team who has the best record for the last two months of the regular season.

All the teams that matter will be involved. The one who wins the title will defeat another team that would have been there, whether or not March and April included NBA basketball.

The only teams this will affect are ones that had no shot to begin with. The 2020 NBA champions will earn their title without an asterisk.

Giannis and The Bucks

I’m not saying the Bucks don’t have a chance but I see Giannis having to do too much for Milwaukee to win.

If Giannis is contained, The Bucks supporting cast doesnt always get the job done. I think The Clippers and Lakers have the defensive means to give Antetokounmpo fits.

Khris Middleton is a very good player but he isn’t the 2nd option caliber of an Anthony Davis or Paul George. I do hesitate calling Davis a 2nd option. I’m just pointing out the talent differential between them though.

I think both L.A teams have the advantage in almost all aspects of the game versus Milwaukee. The Playoffs crown the champion

The full NBA playoffs will be played. The playoffs are what crown the champion. The regular season is the length it is like I previously stated to bring in revenue. You know $$$, the reason their coming back to play in the first place.

The only reasonable excuse for an asterisk would be that players are more healthy, with less wear-and-tear than after 82 games without a long hiatus. This is not a valid excuse, because every team and every player has the same advantage, or disadvantage, if that’s how you want to see it.

Will there be four rounds of best-of-7 series to be crowned the 2020 NBA champions? Yes there will be.

The teams who have a real chance and legit title aspirations are at the top of the standings in January. These useless games don’t make a difference in who is crowned the champion. I just want to make something clear about the 1999 Spurs, no one thought that championship squad deserved an asterisk. This idea comes to life today from one man’s statement, on a single day, in a single interview. 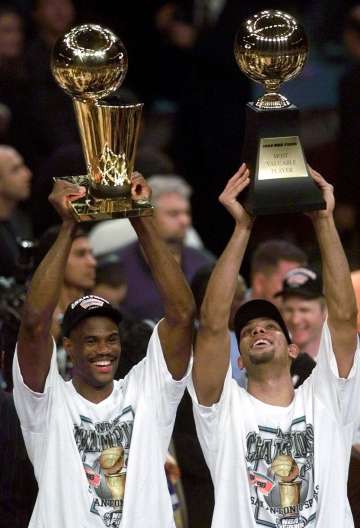 The Queens and The asterisk

Shaquille O’Neal won 3 titles from 2000-2002. During his reign of dominance San Antonio was one of The Lakers main rivals.

During an interview given with brazen confidence and intimidation, Shaq said The Spurs title didn’t count. I assure you if L.A would have won in 1999 he wouldn’t have said it didn’t count.

He was upset the Spurs won that year and The Lakers had underachieved. At the moment Shaq was on top and he took a shot. He also called the Sacramento Kings, the Queens, we don’t make them wear skirts do we.

The Spurs in 2003 would be the team to unseed The Lakers as Western Conference Champions.

The media and their asterisk

THE CHAMPION WILL BE FROM LA, CROWNED THIS OCTOBER. JUST LIKE IT WAS GOING TO BE WHEN THE SEASON STARTED LAST OCTOBER. WHETHER JUNE OR OCTOBER THE SAME OUTCOME WILL OCCUR.

THE MEDIA HEADS WHO WANT AN ASTERISK, COOL PUT IT NEXT TO YOUR CREDENTIALS

Most of these journalists need content and don’t have anything of substance or quality to write about and the others don’t possess the knowledge to be writing about The NBA in the first place.