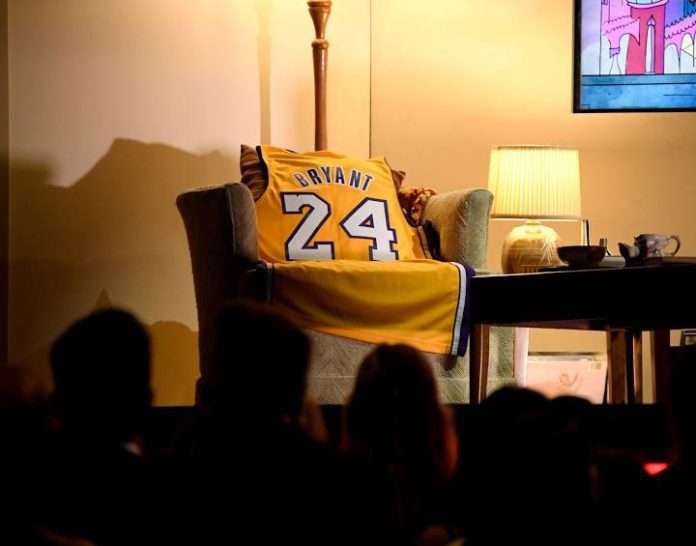 Kobe Bryant, the Laker, the Legend and the hall-of-fame. Summing it up in a few words, Kobe Bryant is a legend that will never die. Kobe Bryant’s legacy and greatness will never be forgotten. Legends never die.

I woke up very early Sunday morning after only a couple hours of sleep. I completed some tasks and then in the early afternoon, I laid in bed to rest for a couple of minutes.

Next thing I knew it was waking up 3-4 hours later. Looking up I noticed the NFL ProBowl was on the television, quickly I reached for the remote as if the program was going to self destruct a-la Mission Impossible. As I pointed the controller towards the T.V, I saw the NFC defense huddled doing a jump shot celebration. Then the announcer said it.

The Process of Understanding

When I heard the devastating news of the Kobe Bryant tragedy for the first time, it was like my brain was moving in slow motion. I was having trouble processing it. I can’t really remember this happening before. Not like that. I knew what I heard, but it took a few seconds for my emotions to catch up.

The night before like so many, I was watching the Lakers versus 76ers game on ABC. I watched as Kobe congratulated LeBron James via tweet, on passing him for 3rd place on the NBA’s all-time scoring list.

My Feelings on Kobe

I always liked Kobe Bryant, especially during his last two title runs. Being a Sixers fan, I wanted him to beat Boston in 2008. When he didn’t, I was looking ahead to the 2009 NBA Finals. Hoping to see what everyone wanted to see, Kobe Vs. LeBron. When it didn’t happen I knew he was going to win another title against Orlando. His title.

In 2010, there was Ron Artest and Queensbridge against Phoenix. Then came the 2010 Finals, a rematch for some get-back versus the Boston Celtics. This Solidified a renewed rivalry that encompassed the first page of 1960’s and 1980’s NBA lore. To close out the first decade of the new millennium the NBA would be thrown back into the future.

With the series tied at three games apiece. Game 7 of the 2010 Celtics-Lakers series was a basketball fans dream.

As I sat with a friend who was hoping Boston would win, I knew Kobe was built for this. As the game’s pace began to take form, I was witness to one of the more physical NBA games in recent history. There wasn’t going to be any touch fouls called in this game. Some fans would say it wasn’t played well. I enjoyed it.

This game wasn’t Kobe Bryant’s finest, the future hall-of-famer showed what he was made of in this game though.

He showed his medal when the conditions weren’t ideal. It wasn’t 81 points or anything pretty. It was dirty, Kobe was gritty. He shot 6-24 [25%] for the game.

Despite Kobe’s shooting, he had 23 points and 15 rebounds. Between the contact and not hitting his jumper, Kobe Bryant never wavered. He played tough defense, went to the line 15 times, had a steal, and 15 rebounds. 15 boards from the guard against a big and defensive rebounding efficient Celtics team.

Four of Bryant’s rebounds were on the offensive glass. With a minute left, Boston threw a second defender at Bryant, Kobe made the pass to Ron Artest for a 3 pointer to seal the game and the championship for the Los Angeles Lakers.

I see this as the type of person and player Kobe Bryant was. In a winner-take-all game to make his legacy even greater, Kobe was not shooting well. This would throw a lot of players off. Instead he did everything else and got points when they presented themselves.

He was scrappy and gritty. He was from Philly and most importantly he was a champion. Kobe Bryant, the champion, by any means necessary. I think the greatest posthumous honor for Kobe Bryant is for him to be inducted alone into the Naismith Hall-of-Fame.

Being a fan of Philadelphia’s professional sports teams, sometimes it can get embarrassing being a member of the fan base. I grew up in the Philadelphia area with many people disliking Kobe and I never understood it. I’d ask why? I really don’t think most really had a reason.

If he played for the city, he would have been beloved. From his work ethic to the assassin mentality, Kobe would have been the hometown boy that Philly loved. He would have gone down as a top thee 76ers player of all-time. I think some use the 2001 Finals as the reason for disliking Kobe but Shaq beat us, not Kobe.

Philadelphia is iconic for giving players like Sidney Crosby a rough time. I bring up Crosby because I don’t like him. If you ask me why, I’ll tell you he’s a whiney little #@%#!. Other guys who left Philly or refused to play here like J.D Drew or the Scott Rolen situation, it energizes the fans to give them a tough time, with or without batteries.

Bryant I never understood the treatment. It didn’t really make any sense. I was at Philly All-Star weekend in 2002.

The booing during the game was ignorant, pointless, and probably started by some drunk #@$&s and picked up on “that seems like a good idea, I’mma do that to, after I pound this beer”. Things like this almost make me wish I wasn’t part of this fanbase. I can’t just root for another team though.

Kobe Bryant was also part of the same fanbase that booed him. He too, couldn’t just change that because he grew up loving being a Philly fan, just like you did.

Kobe Bryant should be elected into the Basketball Hall-of-Fame alone. That was my first thought. This tempestuous thought was running rapid in my mind after I found out who else was eligible.

When I google the eligible canidates for the 2020 Naismith Hall-of-Fame, I see Tim Duncan and Kevin Garnett. Well damn. Ummmmm. HUH. Kobe still should be inducted into the hall-of-fame posthumously by himself. I can’t think of another way for basketball to honor him in a way that hasn’t been done before.

I feel Kobe Bryant should be inducted into the Naismith Hall of Fame alone this year. The heavens may not have been able to wait any longer for Kobe Bryant. Tim Duncan and Kevin Garnett can wait one more year to be honored and if they can, everyone else can too
Click to Tweet