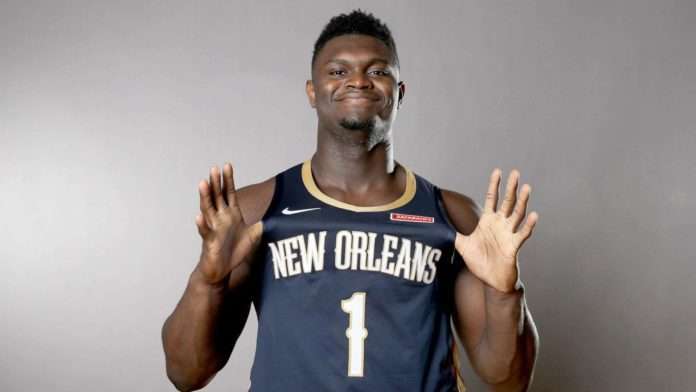 Will Zion Williamson suffer a Derrick Rose type of injury or will he remain healthy. Can he be a future NBA superstar or is he overrated and untested.

Zion Williamson gets set to make his long awaited, heavily anticipated debut this Wednesday night before a national audience on ESPN. Williamson came to Durham, North Carolina last fall with the highest of expectations and lived up to them and then some.

Williamson in his one collegiate season was as dominate as any freshman has ever been. The most dominant college basketball player since Anthony Davis in 2012.

He was named a 1st-team All-American and AP National Player-of-the Year before entering the NBA Draft in June.

He won the Naismith and Wooden MVP awards too. New Orleans Pelicans Vice President of Basketball Operations David Griffin selected Zion with the first overall pick in the 2019 NBA Draft. 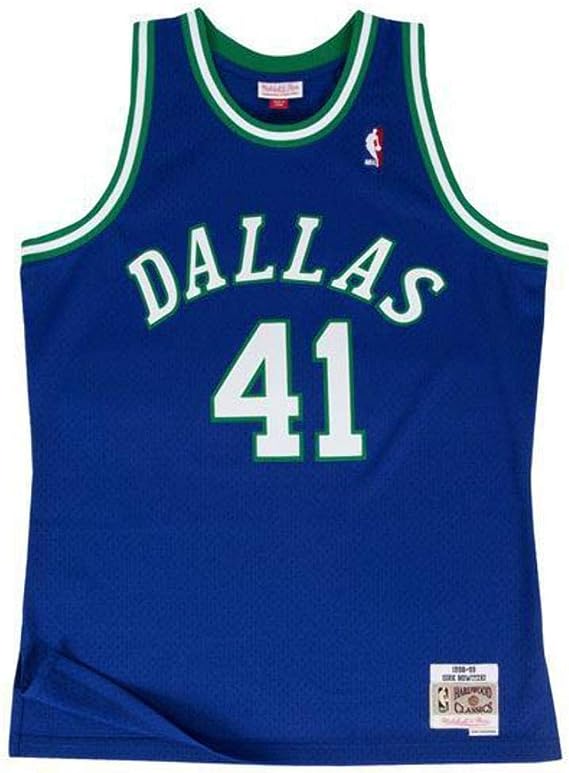 Zion Williamson is 6’6, 284 pounds. His athleticism and vertical leap at this size is almost mythical. The first overall pick pick in last June’s draft isn’t the first heavy guy with elite athleticism.

Charles Barkley was a a 6’4 power-forward, Chuck carried the nickname “The Round-Mound-of-Rebound”.

As a Philadelphia 76ers power forward, Barkley could be seen stealing the ball out of passing lanes, running the court like a gazelle and then exploding to the rim.

Shaquille O’Neal is the best example of a massive monster with athleticism not usually seen in a man his size. He stood at an imposing 7’1, 325 pounds in his prime. When his physical skills and mental experience were at their peaks, it was something to behold. Pure domination and bullying of all opposition his Lakers faced.

As a member of the Los Angeles Lakers, Shaq won 3 straight NBA Championships and NBA Finals MVP awards. The 2000 NBA MVP was as close to unstoppable as I’ve ever seen. In the time of the superior Western Conference, Shaq dominated the likes of Duncan, Garnett, and Webber.

If a player could match Shaq’s size, they fell victim to his quickness, power, and athleticism. If the defender was more athletic than him, Shaq used his size and brute strength. Players were intimidated just to play against him. I often compare it to the opponents of Mike Tyson before he lost to Buster Douglas.

O’Neal could hit a one handed 12 footer and often did. His main weapon was to dunk it after receiving the ball on the block and if he got it deep in the paint, there was nothing anyone could do to stop it (him).

Shaq unlike Zion wasn’t a big leaper. When Zion jumps he exhibits power with leaping ability. Shaq as a heavier man had a amazingly quick jump, combined with his raw power, agility and quickness, he was a spinning and battering act of god.

The quick jump is what made Shaq really dangerous and unique. He was dunking it by the time his defender could react. A compact cannonball, once his momentum to the basket started, it was nearly impossible to stop his trajectory. 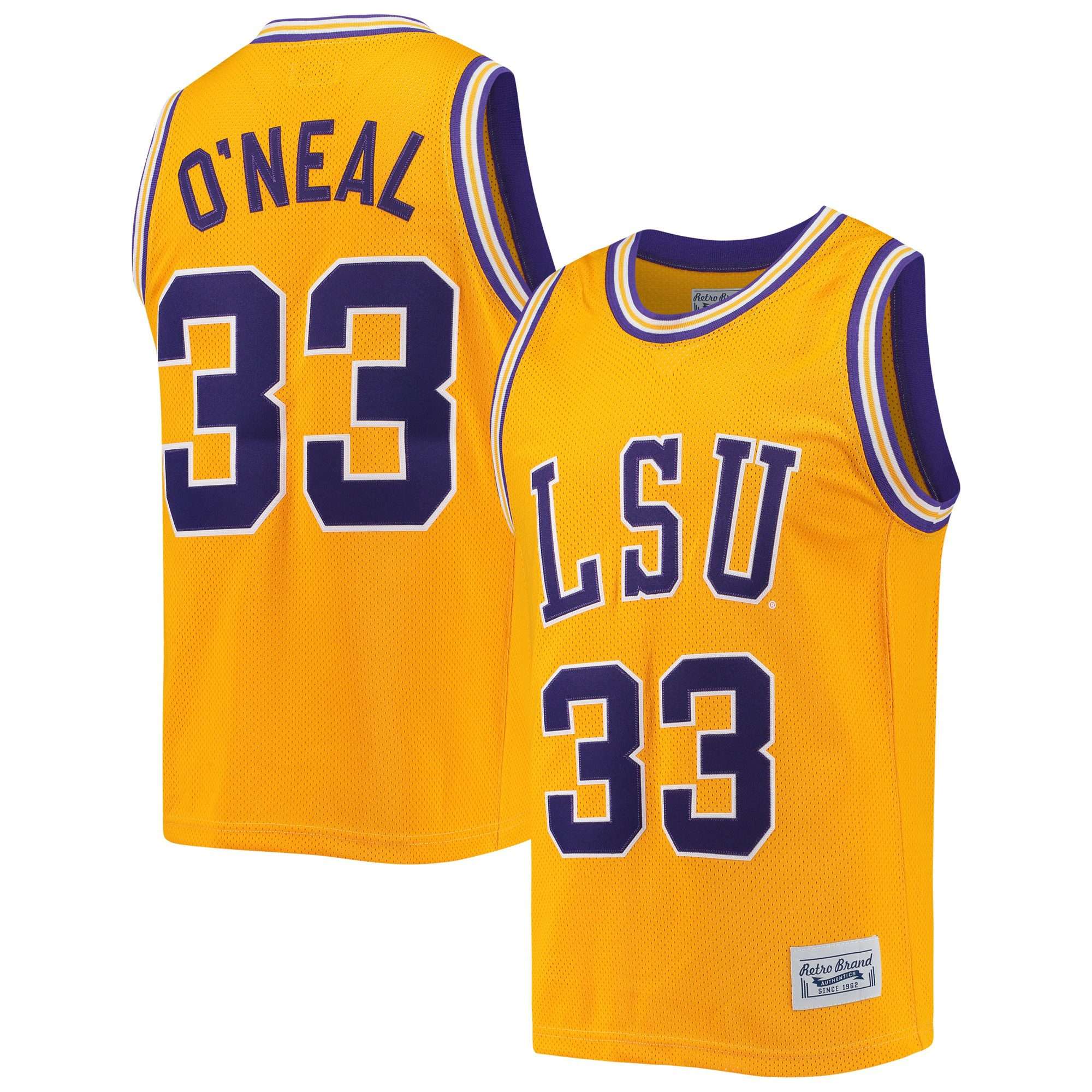 What if Zion didn’t defy gravity?

If Zion Williamson wasn’t an athletic freak, he’d be a text book tweener. A tweener is a player who is undersized for a big man and thought to be unable to keep up defensively with perimeter players. Basically a power-forwards skillset in the body of a small-forward.

Kawhi Leonard is the best, most recent example of a tweener that I can think of. He was a tweener because he stood 6’7 without a perimeter game. A few years later and the lockdown defender developed a handle and jump shot. He always had the body of a small forward but not the game to match it.

It’s a possibility. He’s going to have to define himself and decide who he is going to guard on the defensive end.

If Zion isn’t playing good defense, then what’s the point. He can get by in the regular season but a contender has to have a superstar that leads by example on the defensive end.

I don’t see Williamson able to defend the elite small-forwards off the dribble, not on a regular basis. I’m not going to get into Zion’s defense. Some people will say “did you see that steal or this block”.

Allen Iverson led the NBA in steals three times. A.I did this because he played the passing lanes, so does Williamson. Iverson was not a good defender.

This was one of the main reasons Eric Snow and Aaron McKie were so important to the 76ers. If Iverson wasn’t in the NBA he’d have been a free safety in the NFL. For those who don’t know a lot about “Bubba”, I’m not being facetious it was actually plan A for Allen. 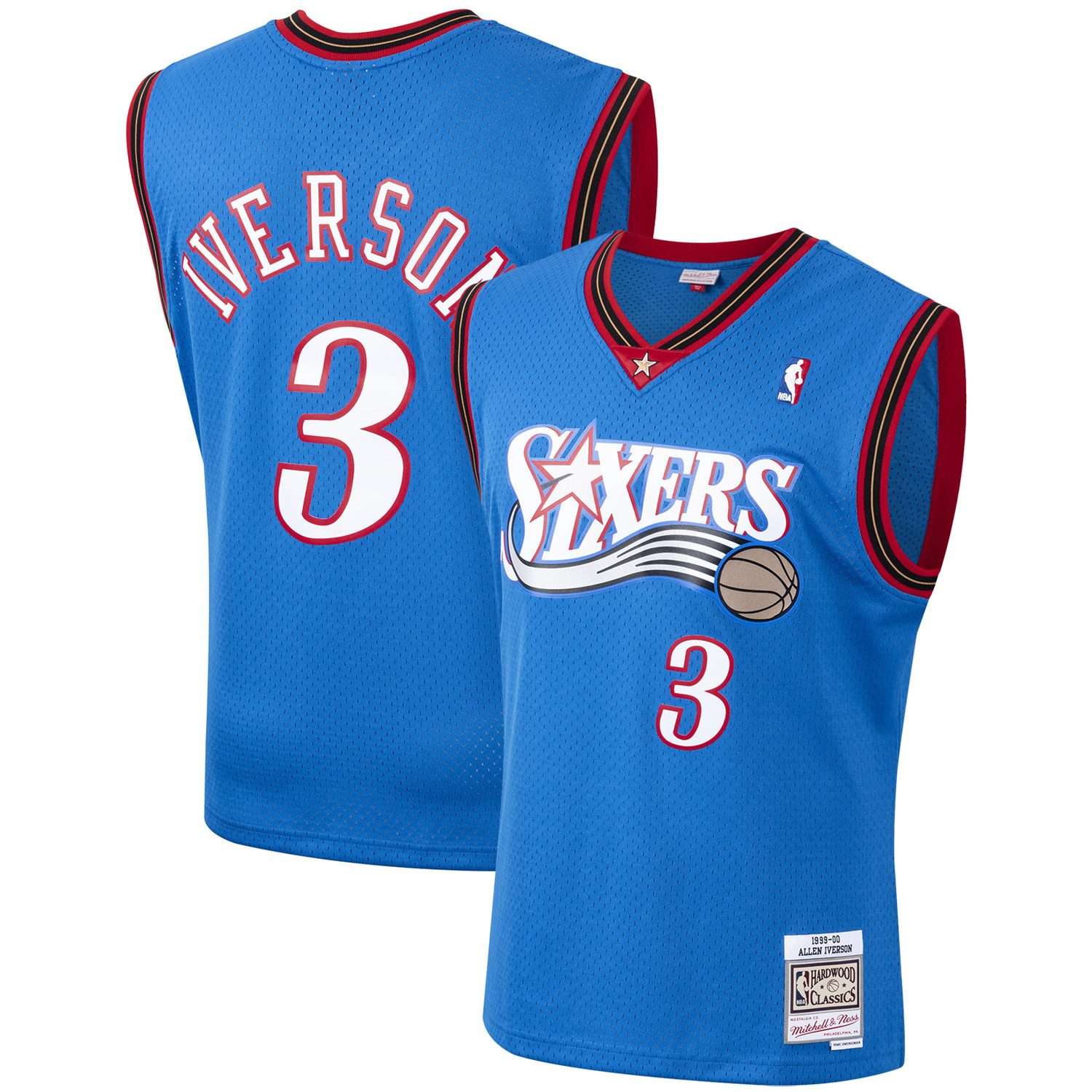 Getting back to the point

Zion Williamson currently is listed as a small-forward. I’m not sure if anyone knows if he will actually be able to play that in the NBA. I find his size of 6’6, 284 pounds somewhat troublesome. Jumping with that kind of weight behind him could lead to a horrific injury.

LeBron was a physical phenom but with a much different body type. James was at least 3-inches taller and 40-50 pounds lighter than Zion at the same age. There was also no doubt about him playing on the perimeter because he was a point guard playing the 3-spot with the body of a Power Forward.

LeBron could have been a point guard. Throughout his career, he has brought the ball up the floor and locked point guards down defensively. Most notably MVP Derrick Rose during the 2011 Eastern Conference Finals.

If Zion Williamson height weight is 6’6, 284 pounds now, how much will he weigh in seven years? Will it even matter? It will be more even if he is in better physical condition. How long will his knees be able to endure the stress under that weight? Is a Zion Williamson injury inevitable?

Here is Shaq’s maturation from college to unstoppable NBA Superstar. 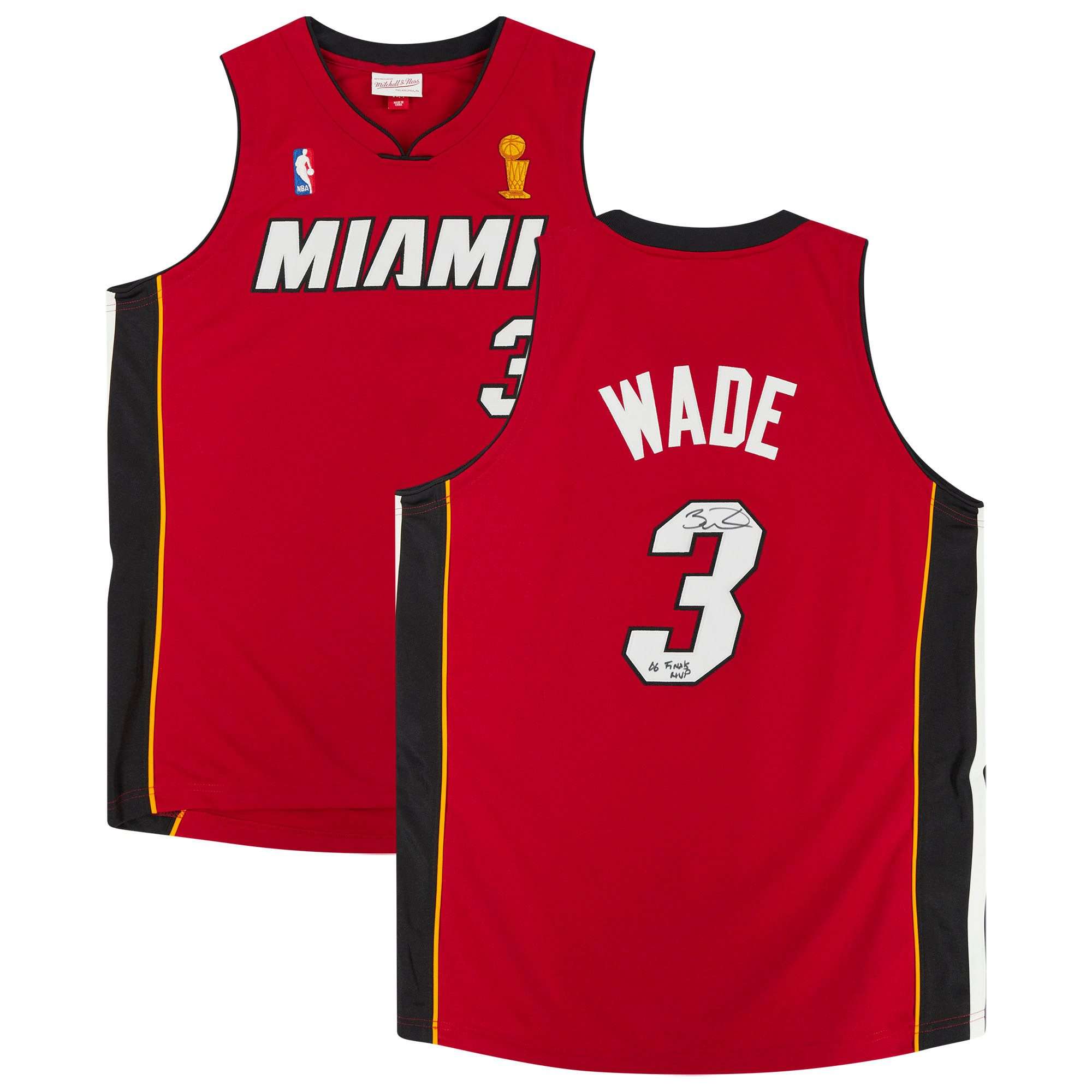 Rep your favorite Miami Heat player by adding this Dwyane Wade autographed Authentic Jersey to your collection. Along with official team details, it features his signature on a back number and the inscription "06 Finals MVP" for the ultimate collector's item.

Is Zion Williamson overrated? When tasked with the question, I mean should he have been drafted first overall?

Yes of course he should have been. The upside and excitement he brings to a city and the overall hype screams that of an elite superstar in the making.

You have to say today, Zion Williamson is not overrated. He’s already a star, considered a franchise player around the league even if its only in terms of perception.

Many in the media talk of Zion as being in the same class as LeBron James and Anthony Davis. A can’t miss generational talent. The type of prospect that all he has to do is want to be great and he will be.

I don’t see that. He’s an exciting dunker at almost 300 pounds and this has mesmerized fans all over the world. This same aspect that makes people think he’s an elite franchise superstar, it’s the same thing that will cause his downfall.

The Zion Williamson injury will be a reality at some point. His knees can’t sustain the stress that he’s placing on them. That’s why I can’t buy in on him. There are many amazing things that exist in our world, they lose there appeal however, when they’re broken.

What happens when he’s 28-years-old and 323lbs? Is he going to be dunking over people still? I honestly don’t think we will ever find out.

He will be either grounded or gone. If he develops a serious post game maybe he’d still be an all-star, but to just assume he’ll be like LeBron James or Anthony Davis is ridiculous. Zion lacks the complete game that they both had coming into the NBA.

Derrick Rose put intense stress on his body by the way he exploded off the floor. When he recovered from his nasty knee injury that occurred in the 2012 playoffs, he was never the same. He has since re-learned the game. If this injury didn’t happen when it did, it would’ve happened some other time in some other fashion, during a different game.

Rose put a lot of stress on his knees, exploding off the floor. Mix in some fatigue on the knee and it was a situation waiting to happen. The Zion Williamson injury will happen in similar fashion.

The game before Demarcus Cousins tore his achilles, he had one of the best games of his career. In the post game interview, Cousins kept saying he was exhausted. Next game with his body still fatigued he suffers a devastating injury.

The Warriors injuries during the 2019 playoffs, especially Klay Thompson’s, I believe could be attributed to the grind of the league and all the games G.S had played going back to 2015. It wasn’t just bad luck. 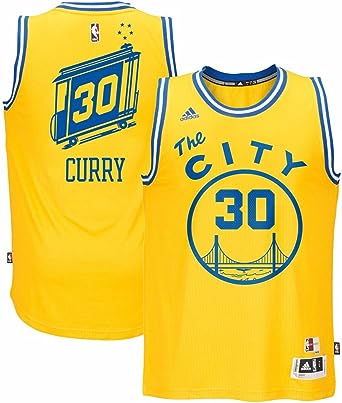 Zion Williamson is an injury waiting to happen. His body will breakdown during an NBA season. No way he can play 82 regular season games at his current weight. If he is going to be a legend in the NBA he must drop about 25 pounds before his knee crumbles under him.

So many questions but we are going to have to see Zion’s progression in the NBA in real time. I think Zion Williamson is overrated. He could be a perennial all-star, I’m not saying he’s not good, I’m just saying he isn’t a generational talent.

The anticipated greatness attached to Zion is being compared to what LeBron James had to live up to. This is a mistake. I don’t know what Williamson is but I know he isn’t what LeBron was. He doesn’t possess the versatility in the different facets of the game like LeBron James did.

If anything he is closer to the opposite of LeBron. Zion Williamson can’t rebound well, he doesn’t pass well, he isn’t capable of playing four positions. Nobody really knows what position he may fall into. No position at the NBA level fits Zion well, not defensively.

I don’t think Zion Williamson’s body will be able to hold up under the grind of multiple NBA seasons. I think his body will react the same way Derrick Rose’s did to sustained stress placed on the knee.

Even though Zion isn’t exploding the way Rose did, Zion is still a violent dunker. Williamson’s dunks aren’t an effortless motion. How could they be with close to 300 pounds behind them.

Williamson has had knee trouble from his high school days at Spartanburg High School in South Carolina. Zion Williamson had injury issues in his freshman season at Duke University too.

As he starts his first NBA pre-season, Zion is having knee trouble again.

Honestly I don’t see him going three full seasons before something gives, probably the knee. The only answer is Zion needs to let up on the gas somewhat.

What I do know is humans aren’t supposed to have hops like that at his weight. His athletic ability is superhuman but the bones and ligaments that afford him this privilege of taking flight, they aren’t.

Is Zion Williamson overrated? Does he have the complete game, the versatile game of the legends he was compared to coming into the NBA? I personally don’t see it but perhaps I’m mistaken.