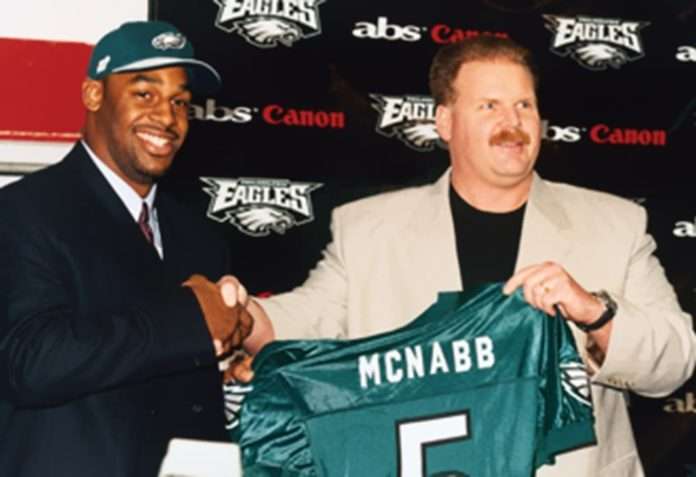 Is Andy Reid undervalued as a coach in the NFL or does he deserve the criticism he sometimes garners? If Andy Reid wins a super bowl does that make him a legendary coach? Or has he always been in the process of being a legend.

Can Andy Reid be considered an all-time great head coach without a super bowl title? Of course he can.

Growing up in the Philadelphia area, I’ve witnessed Andy Reid be taken for granted. He took over an Eagles team that went 3-13 in 1998. After drafting Donovan McNabb with the 2nd pick in the 1999 NFL Draft, Reid went 5-11 in his first season as the Philadelphia Eagles head coach.

The Eagles improved to 11-5 in Reid’s second season, making their first playoff appearance with their new coach. From 2001-2004 The Birds would play in four-straight NFC championship games.

The Eagles lost three consecutive conference championship games. In 2004, Andy Reid finally got his Eagles to the super bowl. The Eagles lost that Super Bowl to the best defensive Patriots team of the Bill Bellichick era.

After the disruption of the Terrell Owens saga and a major rebuild of aging players, Philadelphia was back in the NFC champonship game in 2008. After falling behind early to the high powered offensive passing attack of the Arizona Cardinals, the Eagles came all the way back, only to only to succumb late to Arizona.

14 seasons, 6 NFC East titles, 10 playoff wins, but Andy Reid hadn’t won any super bowls.  Fans and media started complaining. I have been an Eagles fan since the late 80’s, this was the most success the Eagles ever experienced on a consistent basis.

Before 2004, The Eagles, had been to one other Super Bowl in franchise history, that was in 1980. It was a loss to the Raiders. Fans want to win-it-all. Before Andy Reid, no Eagles fan had reasons to cheer, get hyped, or party,due to Eagles games late into January. 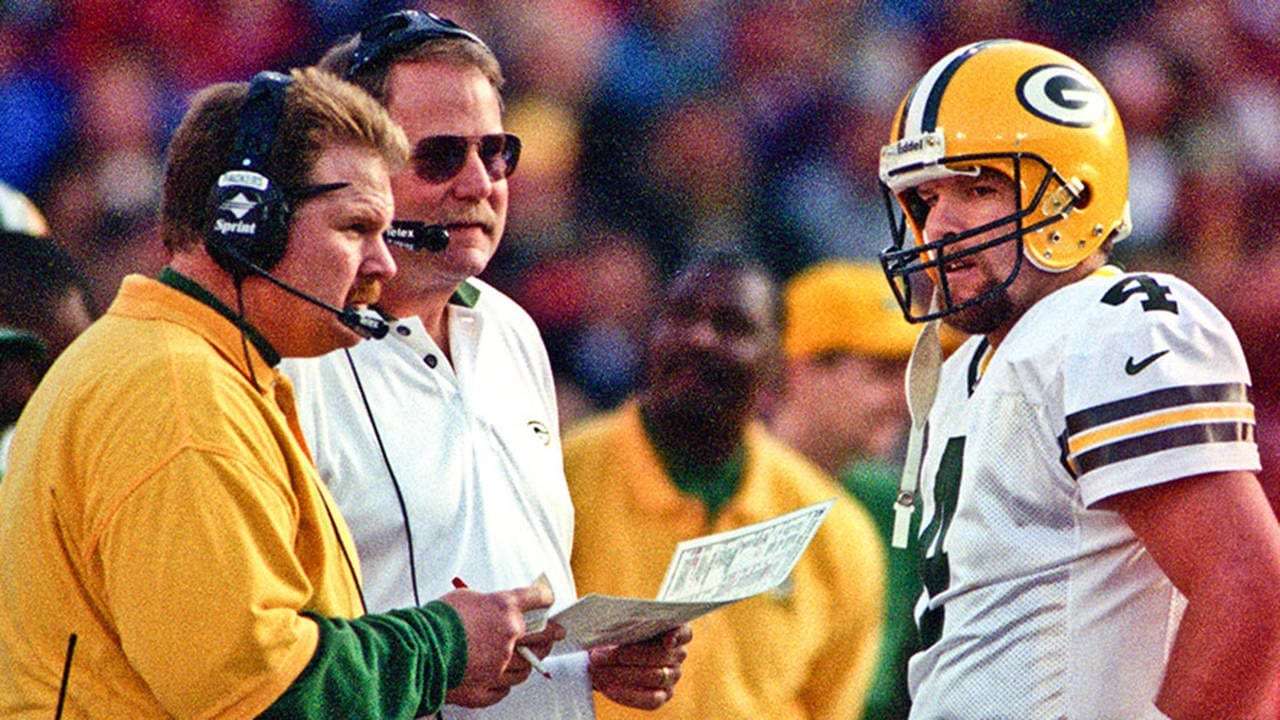 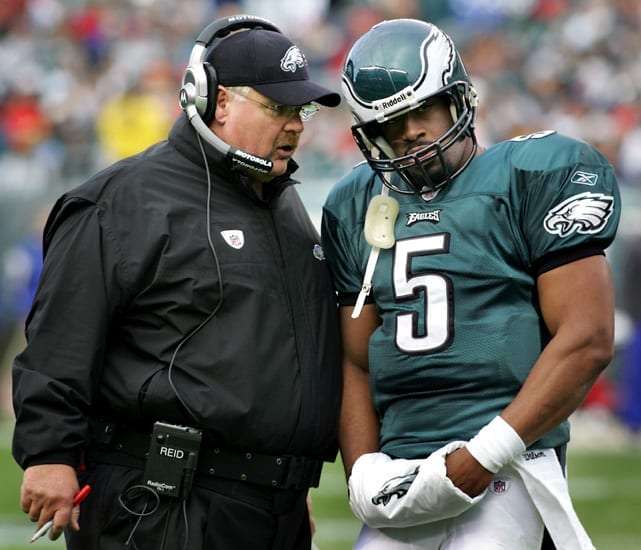 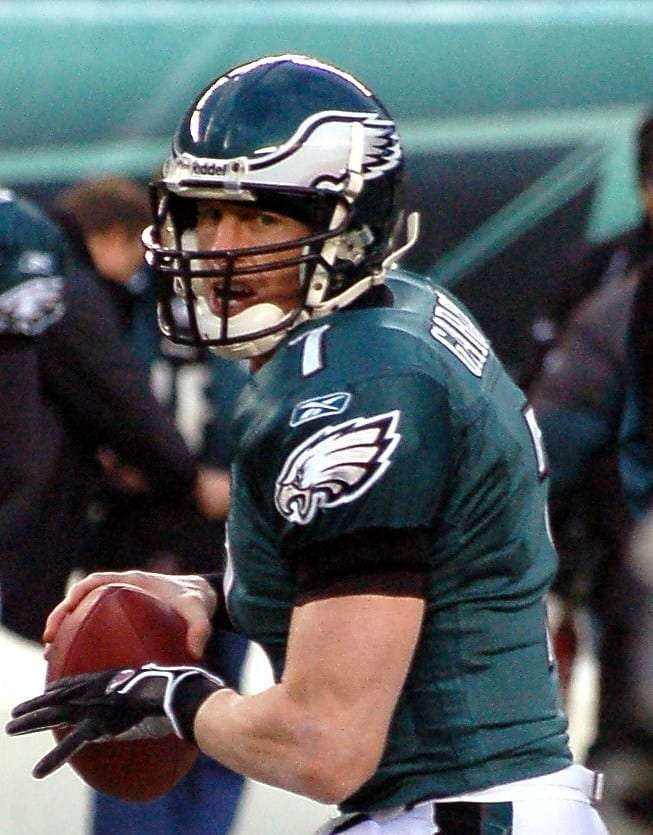 2006: Jeff Garcia believed to be washed up, leads Eagles to playoffs 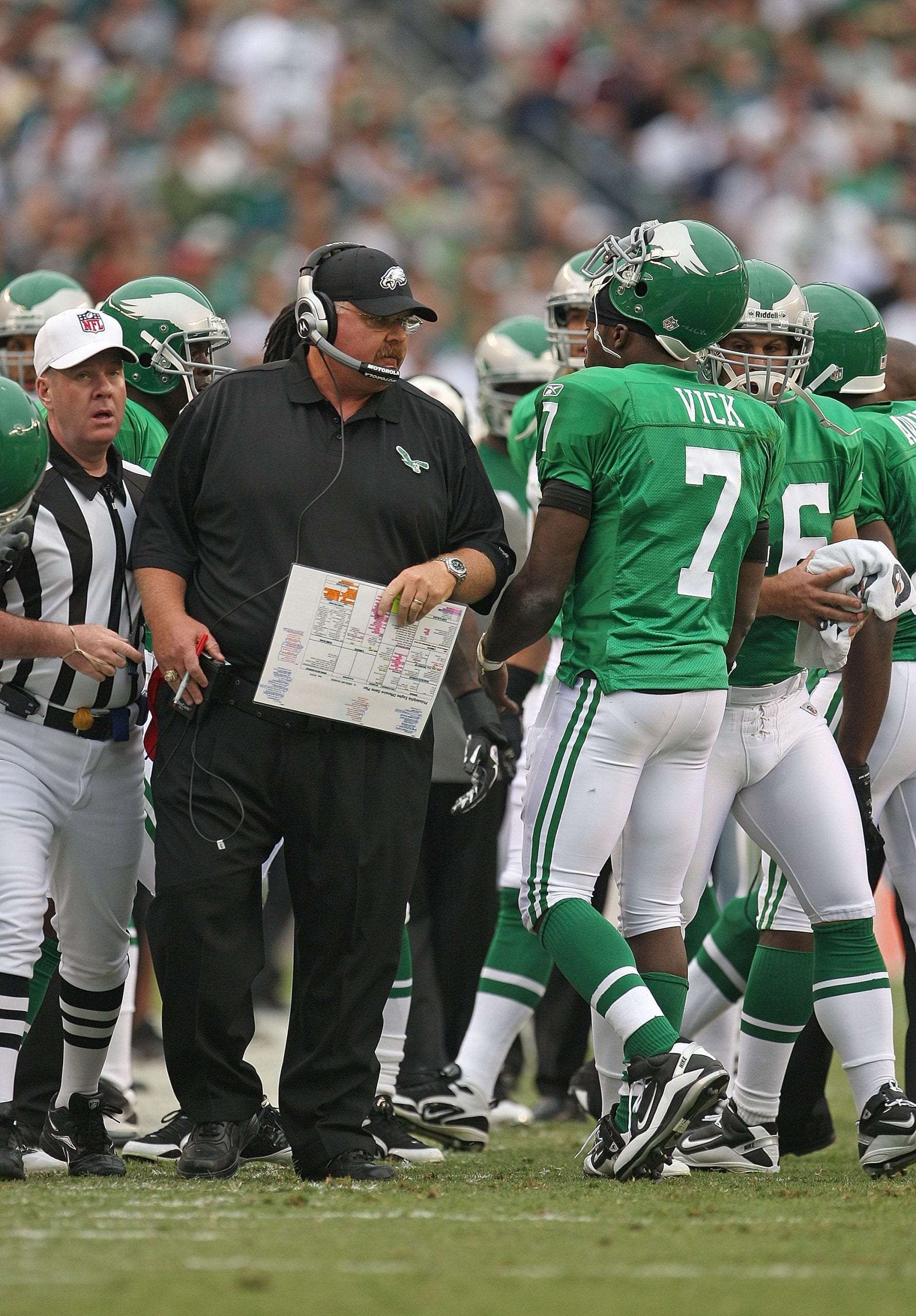 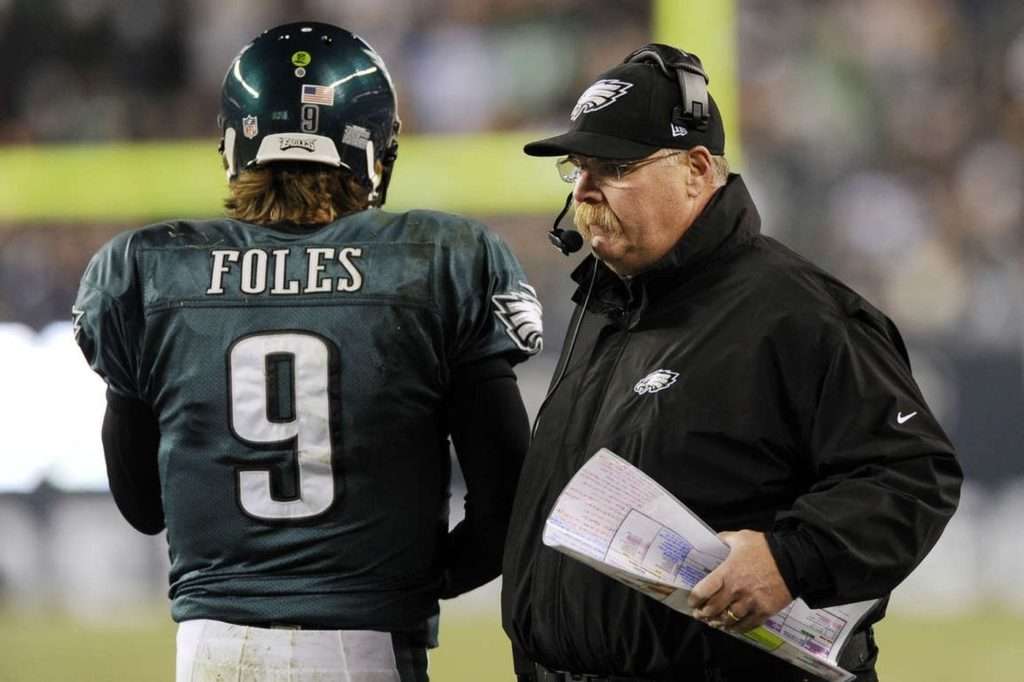 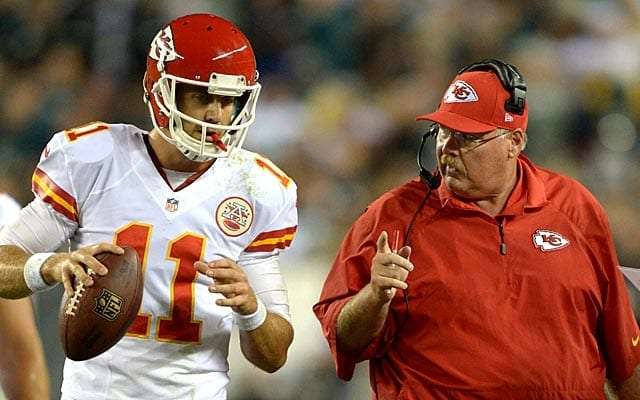 A former 1st overall pick.
Thought to be a bust then a game manager in San Fran
In 5 seasons under Reid
Smith went to 3 Pro-bowls
2017 he threw for 4,042yds. 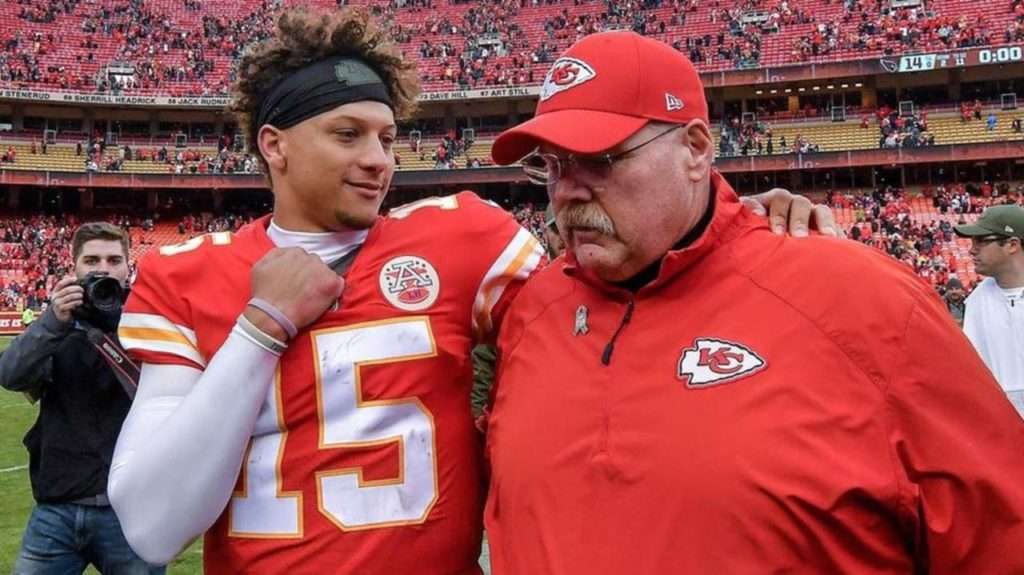 When Reid first became a head coach in Philadelphia he seemed unwilling to change his offensive philosophy. It was pass, pass, and then some more passing. This probably had something to do with the Bill Walsh philosophy of a screen pass being the west-coast version of the running game.

Reid was a valuable assistant in Green Bay under Mike Holmgren. Holmgren, a Super bowl winning head coach, is one branch that came from Walsh’s coaching tree.

Andy Reid didn’t change his coaching philosophy per se. Reid rather through his experience and skilled running backs switched his schemes to match his strengths. Every season Andy’s called more passes than rushing attempts, but when he had the backs the ratio closed quite a bit.

First it was the three-headed monster attack of Duce Staley, Correll Buckhalter, and Brian Westbrook. He drafted LeSean McCoy in the 2nd round of the 2009 NFL Draft.

When Reid took the job of the 2-14 Chiefs in 2013, Kansas City arguably had the best back in the NFL. Under Reid, that first season, Jamaal Charles set career highs in TDs and touches, including 259 carries in 15 games. Jamaal Charles was named a 1st-team all-pro that seaspn for the Chiefs.

Does he get enough credit?

Last 4 in a row with Chiefs

Andy Reid made his first playoff appearance in his second season as Eagles Head Coach. Andy’s had 15 winning seasons out of his 21 campaigns since 1999. The 3-13 Philadelphia franchise that Reid inherited went 5-11 in that first season with him at the helm. Andy Reid’s second year saw his Eagles team ascend to 11-5. Winning a playoff game. Philadelphia was trending upwards.

This upcoming weekend will mark Reid’s 7th Conference Championship game. In the previous six, Andy Reid has only won once to advance to the Super Bowl.

That win came in the 4th of four straight appearances with Philadelphia. Andy Reid lost in Super Bowl 39 to the defending champion New England Patriots. Andy Reid has been an undervalued coach for sometime now, most coaches don’t even get that far. He rebuilt Philadelphia and Kansas City at least two additional times on the fly, after initially rebuilding each franchise when h

Reid can’t win in the playoffs?

This is untrue. Andy Reid is 2nd on the active coaches list for playoff victories. How he replaces talent is amongst the best to ever do it in league history. There are many franchises that in hindsight would love to have Reid at the control. Marvin Lewis went to a few playoff games, losing all of them. To say Andy doesn’t win in the playoffs is false.

Bud Grant and Marv Levy each lost four Super bowls. I feel if Grant coached Pittsburgh and Levy coached Dallas, both would be called champions today. Talent wins and it will continue to win in the future.

Reid has had a top 5 team talent-wise many times but never a super-team like the 2007 Patriots. Every team that beat Andy’s teams in a conference title game went on to win or prove they deserved to be in the Super bowl, literally, until the final whistle.

Andy Reid hasn’t won a SuperBowl yet, so does that mean all the division titles and having the 2nd most playoff wins since 2000 don’t matter?
To put together championship caliber teams for 20 years, rebuilding again and again, and having people think that he isn’t good enough to win a championship is ridiculous.
Many great coaches never won titles and coaches who were mediocre at best have won them. Andy Reid is not mediocre.
If he wins a title this year it might be validation for him, but he is already an all-time great coach

Taking over a two-win Chiefs squad, Andy Reid stayed true to form, in his first season, he led K.C to the playoffs. From 2013-2019, he rebuilt both sides of the ball more than once. Through injury, sickness, legal issues, and diminished talent, Andy’s kept the Chiefs on top of their division.

In 2018, Andy Reid almost returned to the Super Bowl. In a classic AFC Championship game, Tom Brady did Tom Brady things as the Patriots defeated Kansas City in overtime. This upcoming weekend Andy Reid will be returning to the AFC title game. Andy Reid shouldn’t be an undervalued coach today or in the future, regardless if he wins a super bowl or not.

A Super bowl victory would force the critics to acknowledge all of his accomplishments but it shouldn’t have too.

Coaches who struggled to win a championship in college or in the pros all say the same thing when interviewed after winning one. They say it’s great but they aren’t better now than they were the night before. If anyone thinks Andy Reid lacks something in intelligence or coaching ability that prevents him from ever winning a championship is crazy.

Andy Reid has hit big on 1st rd. draft picks and he’s also swung and missed. Where I believe he shines and why he always has a good team is his drafting in rounds 3-6. In these rounds, Reid has continuously not just drafted depth or future starters but rather future stars and hall- Of-famers. 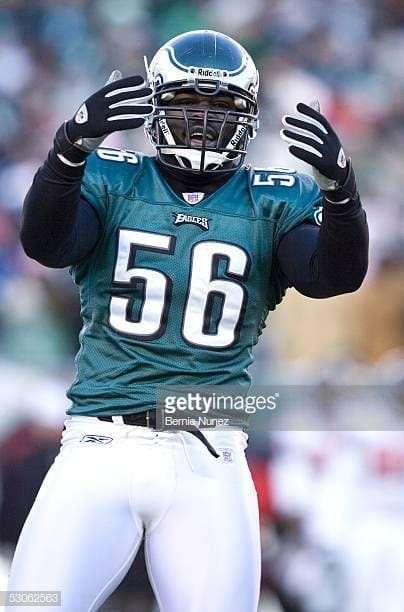 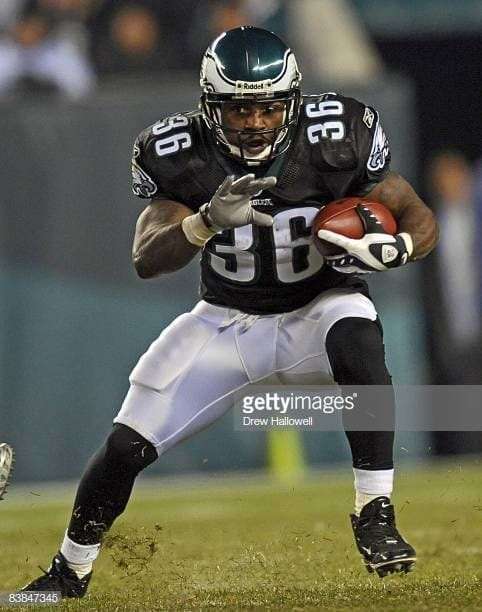 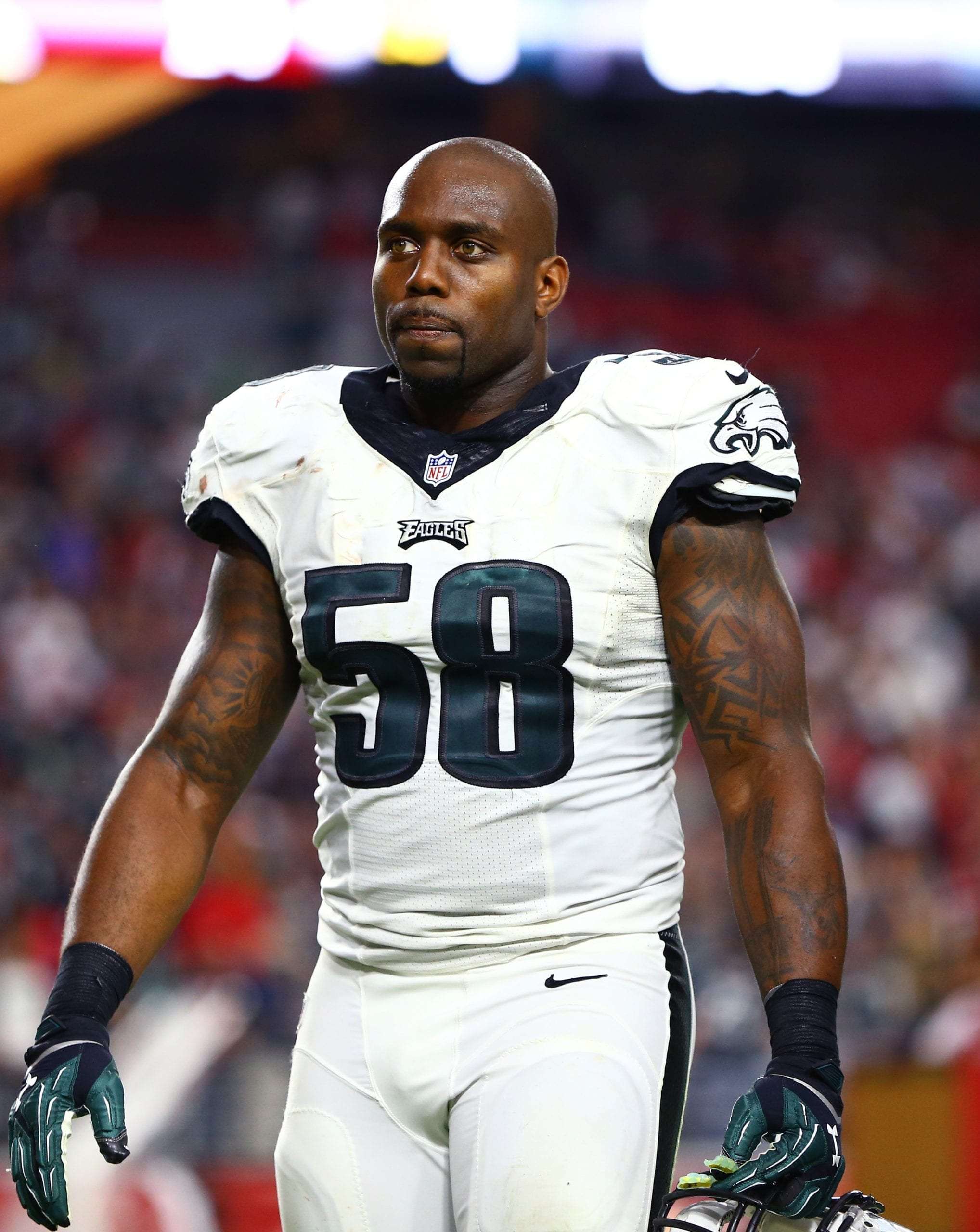 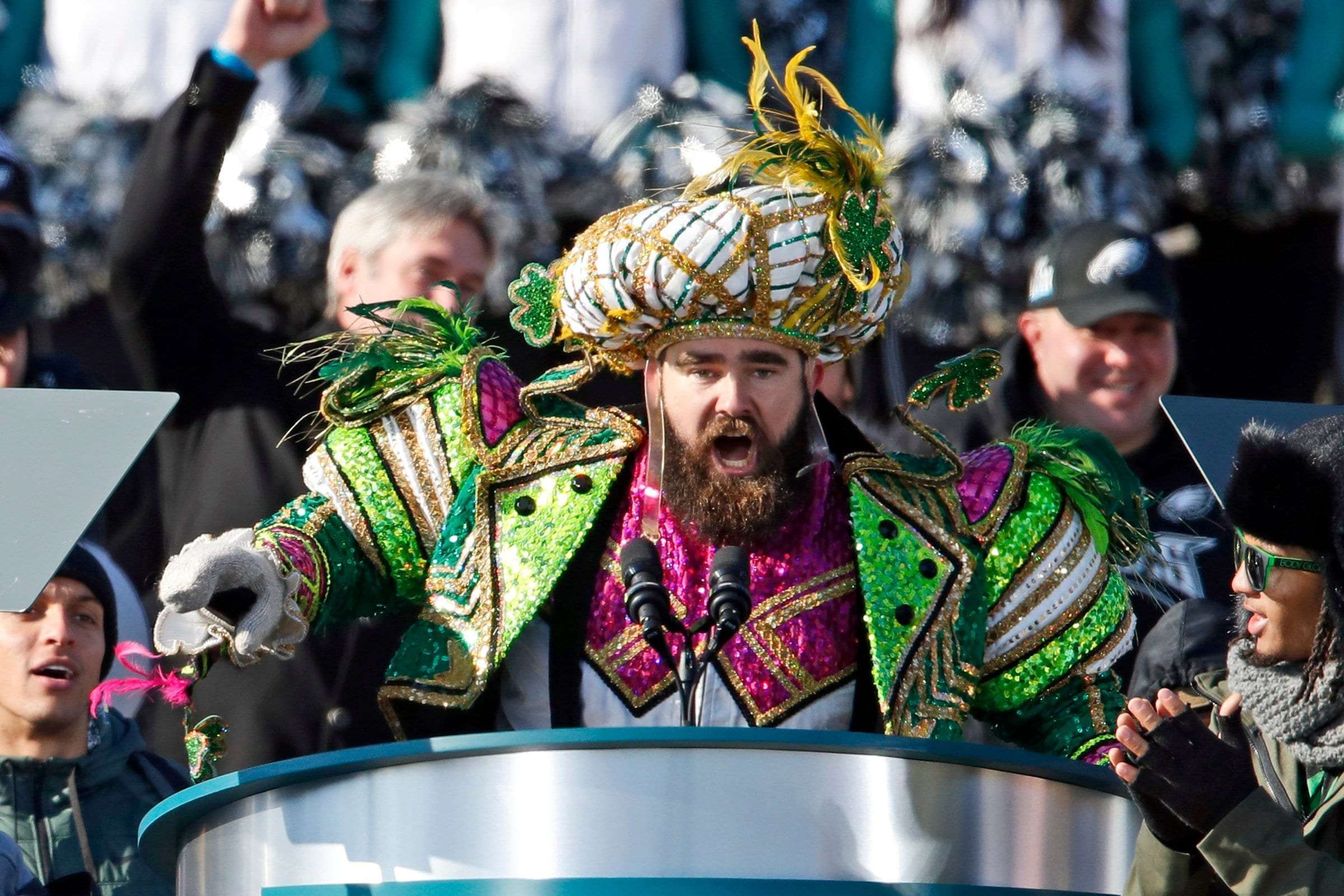 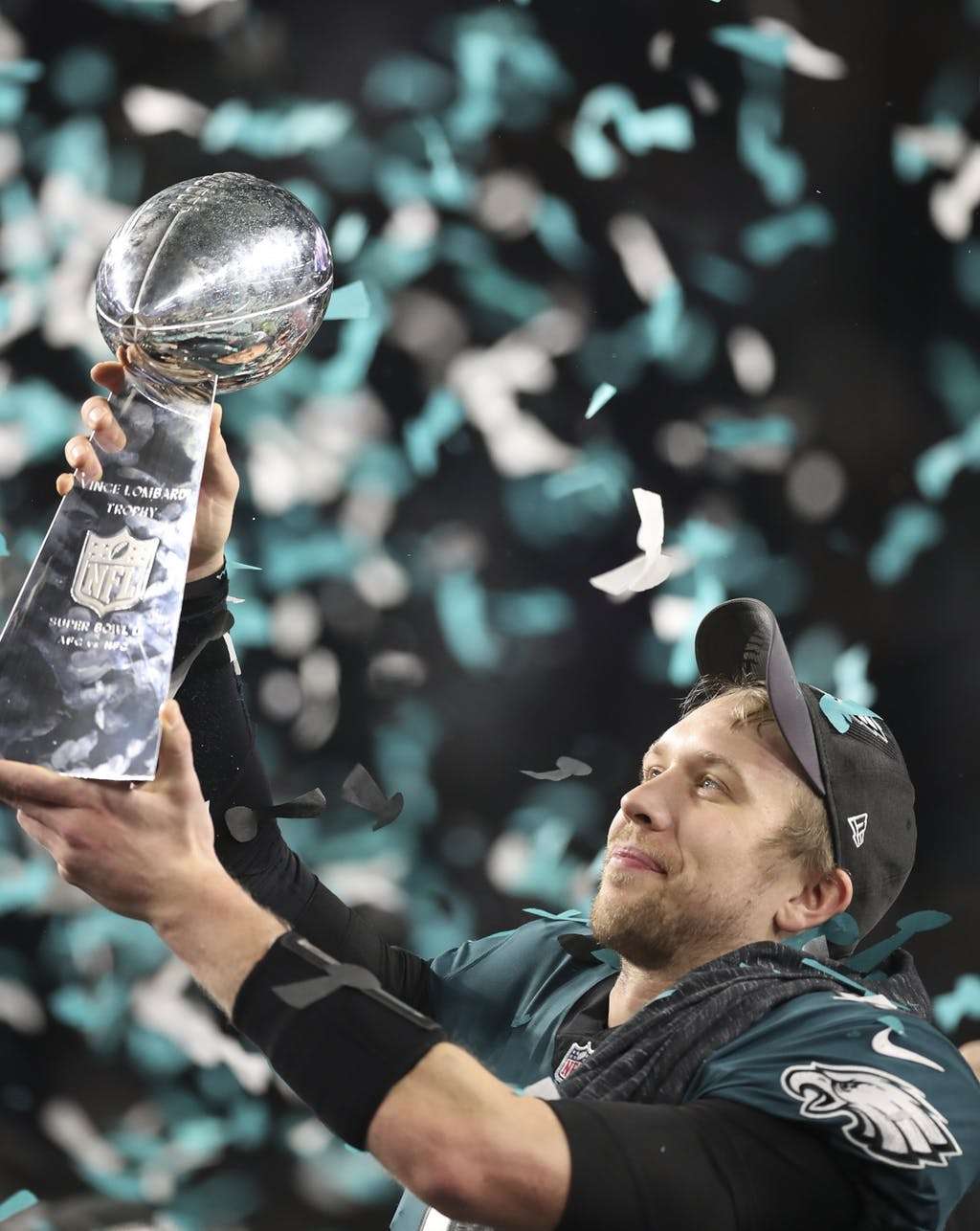 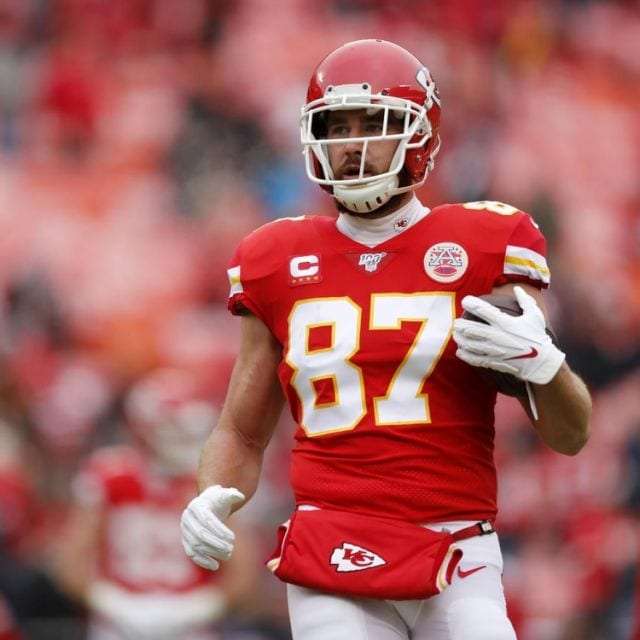 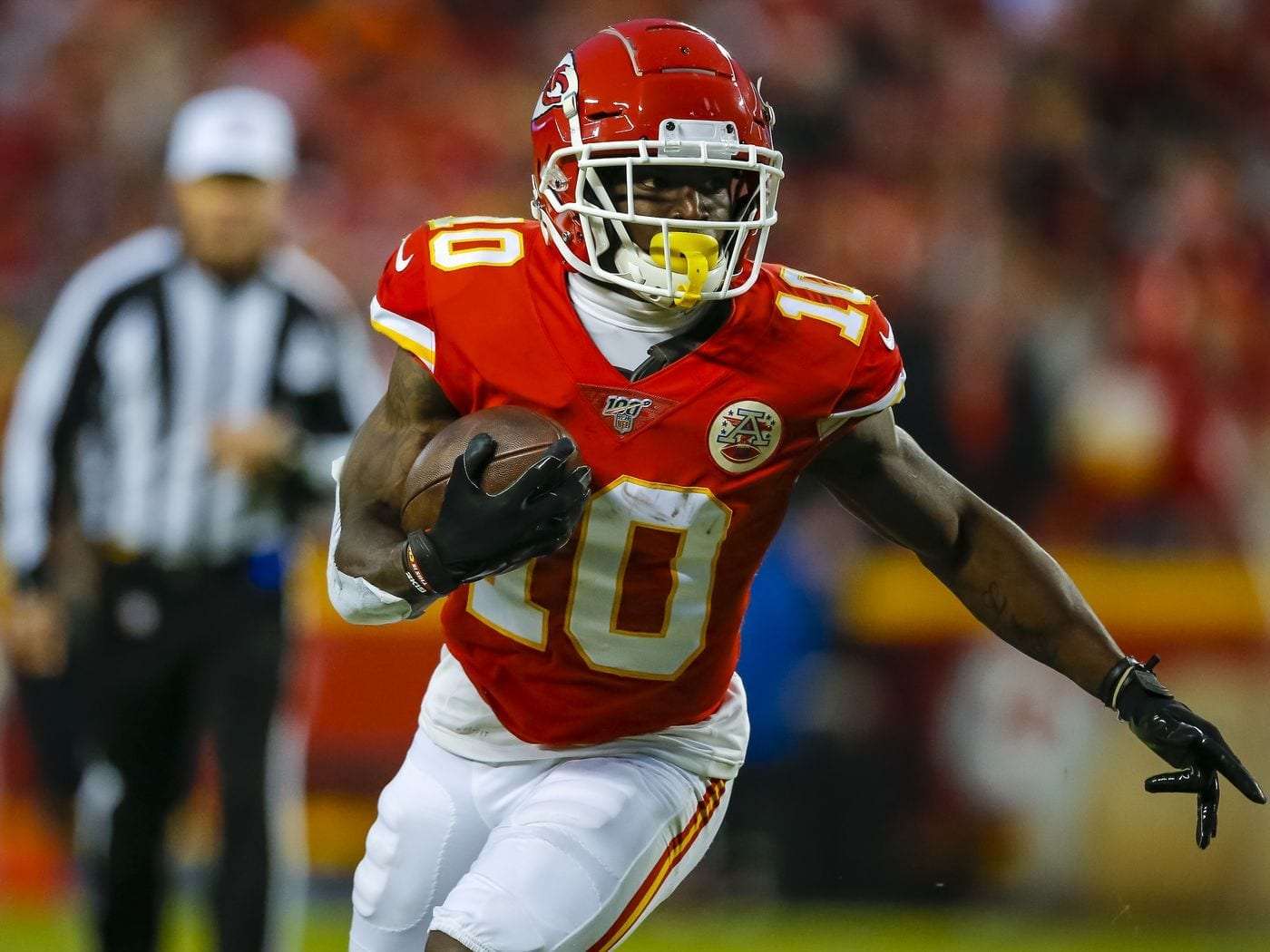 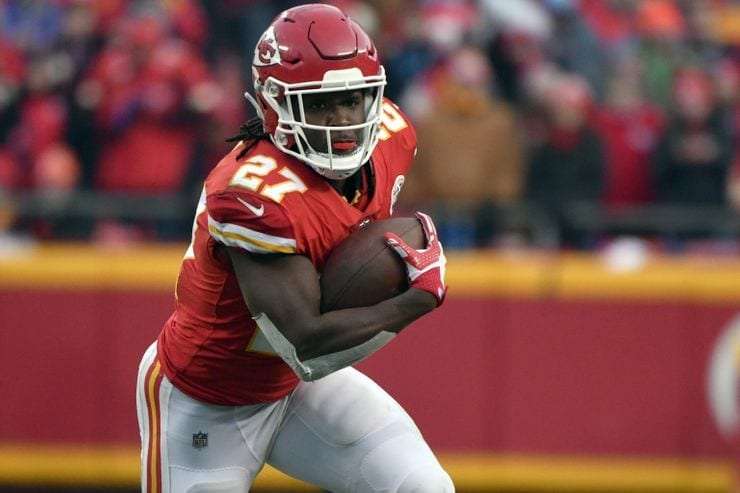