Ohio State can secure a CFB playoff bid this Sunday. Many College Football fans are wondering though, if The Bucks are good enough to win the 2019 National Title.

After rather easily putting away arch-nemesis Michigan and improving to 12-0 on the season, the Buckeyes are poised to keep their #1 playoff ranking. Heading into the Big 10 conference championship game against Wisconsin, who OSU already put a drubbing on 38-7 earlier this season.

Fields originally a Penn State commit, decommited to go become a Georgia Bulldog. Justin Fields ending up at Georgia was a surprise to many because of the Bulldogs depth at the quarterback position.

Fields wanted off the Sideline and onto the field. In January he transferred to Ohio State, then a month later Justin Fields was given immediate eligibility for the 2019 season.

Justin Fields on the Field

Most experts thought Justin Fields would be a phenomenal NCAA quarterback, coming out of Harrison High School in Kennesaw, Georgia. As he sat watching SEC action last season, many announcers hyped him up further as the cameraman would zoom in for the close up. Could he live up to the massive hype?

The 6’3 223 pound, Sophomore quarterback has responded so far with 2,654 yards on 262 attempts and a 68.2 completion percentage. The Buckeye QB has only thrown one interception all season to go with his 37 TD passes. Add in another 477 yards rushing that garnered 10 more touchdowns for Fields.

I think he lived up to and surpassed the hype. He’ll be a Heisman finalist. His backup saw the majority of 4th quarter snaps because of the vast discrepancy of points on the scoreboard in all but two games. Fields lost about two whole games of snaps because of the Buckeyes rolling to landslide victories in the Big 10.

Top Defense in the Nation

The 2019 Ohio State Buckeyes are the best defense in the nation based on numbers. The Buckeyes are first in total defense and 4th in rushing defense. What I find amazing is that they have the 2nd best pass defense in the country, giving up a slim 141.1 passing yards per game.

My amazement comes from the fact that by the 2nd quarter almost all their opponents were relegated to passing for the rest of the game because of the scoreboard differential they faced.

This team also is equipped with an offense scoring 49.9 points per game. The 49.9 PPG gives The Bucks the top spot nationally in scoring offense. These are a few of the numbers that support Ohio State going to the CFB playoff and having success. 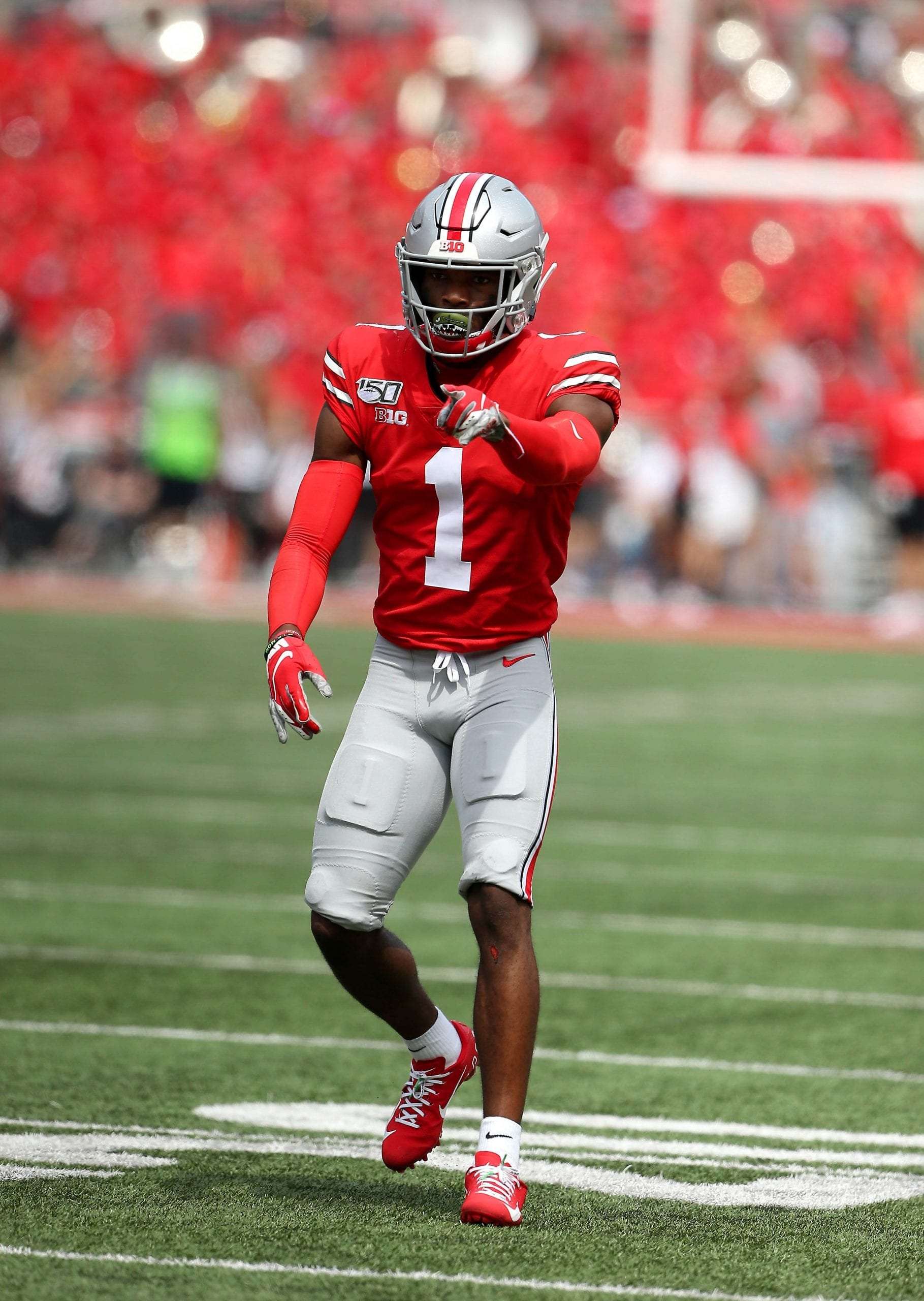 The Result of Recruiting

Urban Meyer finished recruiting in 2016 with the 3rd ranked class in the land. 2017 and 2018 both saw The Buckeyes finish with the second best class in the country. Guys like NCAA sack leader Chase Young. Young has 16.5 sacks in 10 games. Young, the projected 2nd overall pick in April’s NFL Draft has already broken the Ohio State single season record for sacks.

Jeff Okudah is the cornerstone of a great pass defense at Ohio State. The five star recruit is projected by most to be the 3rd overall pick in this spring’s NFL Draft.

A cornerback with rare ability and size. Okudah is drawing Comparisons to Patrick Peterson and Jalen Ramsey on a regular basis. Peterson is one of the best of all-time at the position. Jalen Ramsey just turned 25-years-old and if he just keeps doing what he’s doing, he’ll be right up there with Peterson.

Ohio State’s biggest weakness might turn out to not even being a weakness. Clemson, Georgia, and LSU have all played multiple games against the elite-of-the-elite of college football teams.

Back in September 2017, Ohio State lost 31-17 to an Oklahoma team that came close to a championship game appearance, before giving up their lead to Georgia in a national semi-final game.

In September 2017 the heart of this Buckeye team were true Freshman. Other than in practice this squad has never seen a team like any of the aforementioned teams I mentioned.

These teams have all played multiple games against teams with the skill and speed of Ohio State. The Buckeyes will be seeing something in the college football playoffs in talent level that they have never seen before in live game action. There’s a reason a top prospect fighter doesn’t become a pro and go straight into a title match.

In 2013, Florida State had a record breaking offensive season and won the BCS National Championship at the Rose Bowl. They destroyed third ranked Clemson at the end of October, but went into the last BCS title game ultimately untested. The Noles, led by Jameis Winston, found themselves down by 18 in the 2nd quarter before coming back and winning the championship 34-31 on a 7-play TD drive.

For Ohio State, only time will tell if this could lead to their downfall or if it turns out to not even be a factor.

I’d say to Buckeyes fans, if you’re winning or the game is close, halfway through the 2nd Quarter, you should be good.

The Bucks look poised and ready, but are they prepared for talent they’ve never seen before in the CFB Playoff? Will they catch up to the game speed? The game speed that they undoubtedly possess themselves but never had to face in live game action.