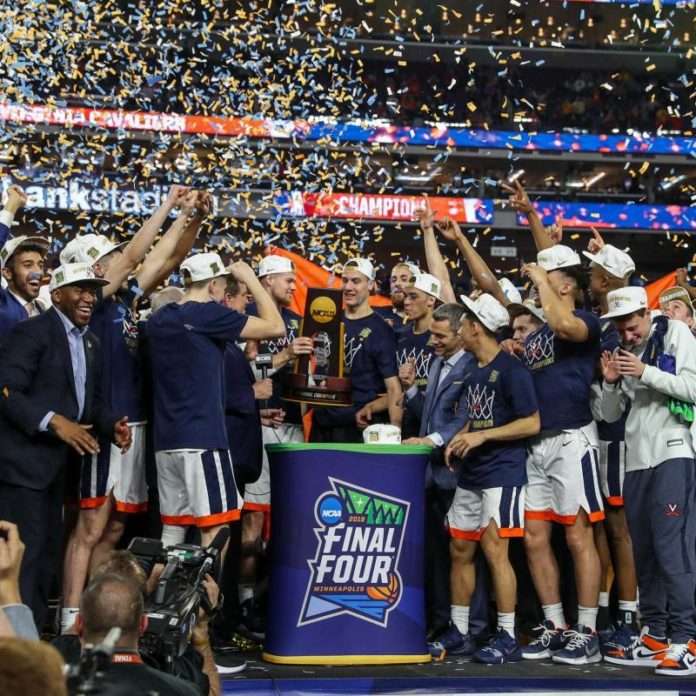 Many of the top college basketball national champions have a blueprint to take them to March Madness and a championship. How to build a champion for March Madness draws its opinions from the past. The history of the game.

This blueprint consists of recruiting the top players in the country to come to their schools, until they are eligible for the NBA Draft, a couple of months after their freshman season ends.

Is this how you build a champion for March madness in 2021-22? Basic data on the champions since the one-and-done era began says no.

The Blueprint for March Madness

When Kevin Garnett declared for the NBA draft in 1995, college basketball was changed forever. What really dramatically altered the course of the game was the one-and-done rule. So how do you build a champion? Back in the day great teams with multiple first ballot hall-of-famers couldn’t win the title. Take Phi Slamma Jama for instance.

Does anyone believe Hakeem Olajuwon and Clyde Drexler would have had any problem handling Virginia or Texas Tech in the 2019 tournament? A better question might be could they hang within 30 points of Phi Slamma Jama?

If anyone is wondering “if they were so great, why didn’t they win an NCAA title”? The three Tar Heels below took care of them in 1982. James Worthy, Sam Perkins, and Michael Jordan were a problem. Houston lost 68-63 to North Carolina in the 1982 Final Four.

In the 1982 final four, those hall-of-gamers from Houston ran into a UNC team that was lethal and well coached by Dean Smith. I wonder what those champions from Chapel Hill would of done in March Madness today? Probably the same thing they did then.

You can have an extremely rare talent like Duke had in Zion Williamson, a freshman who’s impact was as big as any freshman’s ever was, but the previous season he was in high school.

The one and done

Year-after-year guys like Coach k and John Calipari bring in these one-and-done players who don’t have the experience or the much needed chemistry to compete against a team that’s been together three or four years. This is the blueprint on how to build a champion.

The real contenders have a few guys going to the league after there junior or senior seasons. These players probably will never play in an NBA all-star game but when they go up against these future NBA superstars, these teams win most of the time. Why, you ask?

The simple answer is that last March they were playing in the NCAA tournament, while Mr. Bluechip was still a high school student.

Only one time has a freshman phenom won the championship, and that was Anthony Davis in 2012. Carmelo Anthony to a lesser extent won too. Count it if you like.

Someone said to me a couple of years ago that North Carolina’s coach Roy Williams only won because of the talent he put on the court. I immediately countered with the fact that since he’d been at Chapel Hill, Coach Roy never had a player go on to play in even one NBA all-star game.

Williams is a good example of how to win. In 2005, 2009, and 2017, he had championship teams filled with NBA players. Most of these guys were juniors and seniors.

2009 was a blitzkreig of dominance for the Heels. It was the definition of a coach showing how to build March madness champions. They were about ten men deep like most of Williams’ great Carolina teams. Great talent, experience, toughness and leadership. If Coach Roy needed to change something that UNC was being exploited with, he could just change the lineup.

One and done w/o chemistry?

If your team gets a great one-and-done player, even if he is a once in a generation talent ÃƒÆ’Ã†â€™Ãƒâ€šÃ‚Â  la Anthony Davis, don’t start counting your chips yet. I find it hysterical that every season four out of the top five teams ranked in the preseason coincide with that years recruiting class.

Yet when its all said and done, a team that’s played together (anyone remember what happened to the 2011 Miami Heat) for a couple of years, and its nucleus is made up of upper classman, wins the title year-after-year. Then the very next season its back to who has the best incoming freshman class.

In the 2016 National Championship game North Carolina lost to Villanova on a buzzer beater. Despite bringing back the majority of their team heading into 2017, the so-called experts had them ranked 8th in the preseason polls.

Mind the fact that the year they lost in the final, they weren’t some Cinderella story that wasn’t supposed to really be there. No, they easily managed their way through March Madness and were heavily favored in the championship game. Six Months later everyone was talking about the teams with the best incoming recruiting classes.

I knew North Carolina would be champions when 2017 ended. They were seasoned. They had more size than some NBA teams. Most importantly they had chemistry, experience, and NBA caliber talent at every position. No other team had this combination.

I knew when March rolled around they would not be affected by the atmosphere. The size and the scope of an event like March Madness was something that wouldn’t affect them.

In the National Semi-Final vs Oregon, North Carolina didn’t play their best basketball. Not even close. A young team would have panicked if their shots weren’t falling in such a huge game. This veteran Tar Heels team did not panic. They just clamped down defensively and the players who were expected to make plays in the clutch did.

It was the experience and poise that can’t be shown by a group just coming out of high school that lacks the chemistry. Never experiencing March Madness first-hand before.

Your first day at a new job, or your first day or first time doing anything, what do you remember? Not knowing what to expect? It can be exciting but it isn’t conducive to success. Is there anything you ever did and gained experience in, and then thought I was better at this before I really knew what I was doing?

Not knowing what to expect. What the people are like. The atmosphere. After a while that’s not on your mind anymore and you perform your tasks without even thinking what it is that’s expected.

This happens to freshman phenoms too, no matter how talented they are. The previous year they were in high school. March Madness is something they never experienced before. An increasingly bigger scope of hype after each round of the tournament shines on them.

In one way or another they’re affected by this first time experience. Just as they will be when they go on to the NBA for the first time. Throw in the fact that the chemistry together can’t be on the level of kids who have been together three or four years and you get the results each year that happen.

Chemistry is very understated most of the time. Ask any NBA player or coach and they’ll tell you the importance of knowing your teammates and vice versa. So when November rolls around and these so-called experts begin to rave about the best teams in the country don’t take their word for it.

Year in-and-out they make the same mistakes. Never looking at the recent history and learning from it. This history has a pretty clear blueprint outlined. The blueprint of how to build a champion for March Madness.