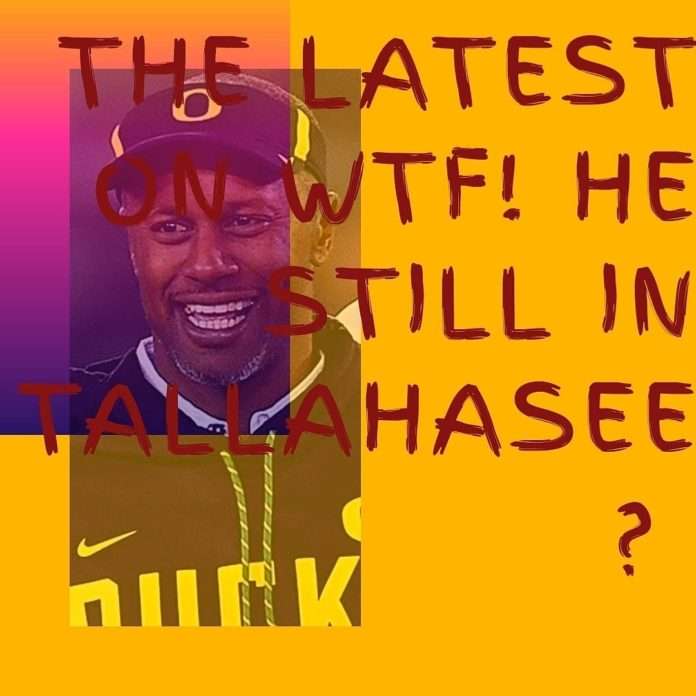 What occurring with Florida State football is embarrassing. Willie Taggart and his coaching staff ‘s substandard Noles are embarrassing to the fans in Tallahassee.

When the 29 game win streak began in 2012, part of the incredible magic was a feeling that finally those mediocre seasons were over.

I live right outside of Philadelphia, I’m a hardcore Eagles fan. When the Eagles won the Superbowl, I smiled and when someone asked me “out of all people how are you just sitting there”. My response was “Its not Florida State in 2013.”

2005-09 were bad seasons. What is happening now is something else. We’re just getting pounced on every saturday afternoon. Pounced on some bum shit. This is next level.

Don’t make any excuses for Willie Taggart. None, nothing, gone, bye. Maybe Niketown will take him back as an assistant.

Willie Taggart inherited the 2nd, 5th, and 10th classes overall from Jimbo Fisher. The entire FSU defense is made up of all four and five star recruits. Watch any team in the NFL, then tell me Jimbo Fisher missed horribly on three straight years of recruiting classes. NONSENSE!

Since well before Jimbo was even the head coach in waiting, I’ve been following the yearly recruiting wars across the country.

Some people want to blame Jimbo for leaving an inferior offensive line in Tallahassee. Well every year Fisher brought in a top five recruiting class, and never once were any of those players, not any of them the very top offensive lineman available.

Fisher and the Noles coaching staff coached up raw talent and sent some of these guys to the NFL. Didn’t Stork win an award?

Maybe the FSU players aren’t being coached up properly by the new Noles coaching staff.

The other possibility is college kids will run rampant, if not kept in check.

Ever see Showtime Documentary with Jimbo Fisher? If you saw it, you know no player ever addressed a Fisher question without a Yes Sir or a No Sir response.

What I’ve seen is more than enough of Willie Taggart already.

It’s not worth it to find out anything else about Willie Taggart’s Noles coaching staff. Fire Willie Taggart because nothing can be worse than whatever he’s doing or maybe not doing correctly. NEW COACH, NEXT PLEASE, yesterday.