Many people didn’t think the Washington Nationals were going to tlo make the playoffs a month ago. Can the Nationals pitching win them the NL pennant?

Could they really defeat the Los Angeles Dodgers in the NLDS? If they did what would their chances be in the National League Championship Series? Can the Nationals pitching staff win them the NL pennant?

Can the Nationals pitching staff in 2019 win them the NL pennant? Most would say no. They can also say The N.L East didn’t live up to expectations and Washington had to go on a run after the All-Star Game just to earn a wildcard berth behind the division winning Atlanta Braves. So What! The Nationals have the best pitching staff in the national league.

I think they are the best equipped team to win The NL Pennant. I’d argue this even if they lose before the World Series.

At present time the NLCS looks to be against the St. Louis Cardinals. Sports betting and MLB odds are against the Nationals getting past the Los Angeles Dodgers tonight though. I think they will win and I think they have a great chance to become national league champions and play in the World Series. 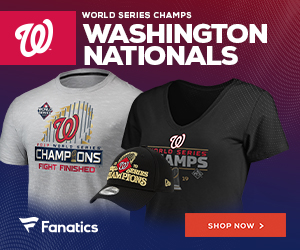 Stephen Strasburg gets the road start tonight for Washington. His counterpart for L.A is 25-year-old Walker Buehler. I thought before the season the World Series champion was either Houston, Boston, or the Yankees.

As the trading deadline came this summer, The Astros made a power move in trading for 6x all-star and former Cy Young award winner Zach Greinke. The signing of Greinke at first led me to believe that the Houston Astros would win the world series easily. Who was going to oppose them? The Astros are looking to win two american league pennants in the last three years with a pennant this season.

During the summer it didn’t look like Washington had much of a postseason chance. They were drifing between 2nd and 4th place in the N.L East.

I said then, when the Mets were surging and the Phillies shrinking, that if The Nationals made the playoffs they would be the toughest competition for the A.L pennant winner, if that was Houston. Going into tonight’s game 5, I still feel strongly about that. 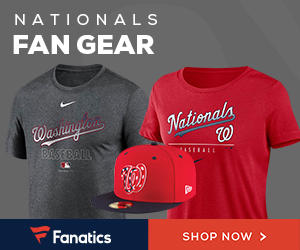 My reasoning being Scherzer, Strasburg, and Corbin. Everyone knows Max Scherzer has been one of the elite pitchers in baseball for the last decade. Strasburg was the most highly touted pitcher to enter Major League Baseball in recent history.

Some say Strasburg hasn’t lived up to the potential many expected from him. I say when healthy you can see greatness when he takes the mound. The same ones that speak negatively of Strasburg might be surprised at his stats. They look very good when he is healthy.

Then you have the big Patrick Corbin, who while not in the league of the other two National pitchers, he is a bonafide strikeout artist. Tallying 238 strikeouts this season after 246k last year. His ERA was a good 3.25 this season too.

The reasoning behind my belief that Washington is the only National League team that can defeat the Astros in the World Series is the Nationals pitching staff.Their starting pitching to be more precise.

Do they have a good lineup? Yes, the Nats have a good lineup. Is it comparable to New York or Houston? No, it’s just isn’t. The Nationals have some great talent in Anthony Rendon and Juan Soto who can both hit for power and average. As a team Washington was fifth in baseball in batting average and above the MLB average in hitting homeruns.

The Blueprint to facing Goliath

In 2001 Arizona barely had guys other than Luis Gonzalez who could hit the ball out of the infield. Their bullpen wasn’t that good either and played even worse in the World Series. What they did have to stop the Yankees from winning their fourth straight World Series and 5th in six years were Curt Schilling and Randy Johnson.

If The Nationals prove that their the best in the N.L, can they defeat a New York or Houston? Yes they can. They won’t be the favorite and it would be a major upset, especially if they had to face the Astros. Nobody else is capable of doing it though.

History shows that great pitching can prevail against a superior team. Washington has three starters that when on their game can beat anyone.

I think they would have a better chance against New York, given Houston’s pitching(if they win tomorrow) but first things first, Stephen Strasburg has to go out tonight and be the pitcher that the experts always said he would be.

What are your thoughts? Are The Nationals the best team in the National league and can they win it all? If they do it will be because of their pitching. It can be done because it has been done before, and that’s coming from a Phillies fan.