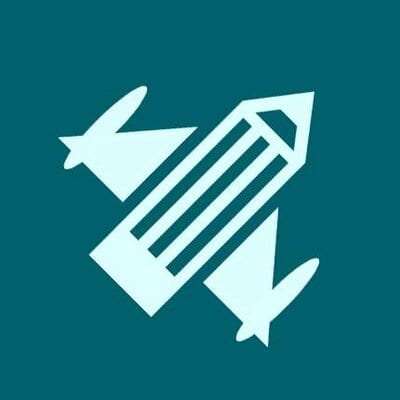 Home » blog » Reviews » Blogpros: The promotion and the truth

I used the Blogpros.com free trail and below is my experience with Blogpros. This isn’t really a Blogpros review as much as it’s cautionary and I was lucky to not have my site compromised more seriously.

Blogpros: The promotion and the truth. This was my Blogpros review from 16 months ago. I’m suprised I was so accurate in my assessment.

I have always been thorough with my research. I never take just one persons opinion as gospel. Creating a website isn’t easy. If you’re willing to put money into it, your chances of success will be greater but you still have to do all the homework to know what you’re doing.

Scratch that. You have to do your homework, so you know what to do and when to do it. You have to fully understand what needs to be done, Only then will you know the precise time to implement what you have learned.

I first wrote this blogpros review when I only had a site for about 6 months. Needless to say I’m still learning daily. In an effort to drum up traffic I began searching the web.

I read post after post of tips and suggestions from veteran bloggers. Many were and still are very helpful. Most explain the same methods for success. This one day I wasn’t looking for tips, I was searching for something of substance and action that was legit to help me get traffic immediately.

Inside of this search, I come across a site called Blogpros. It offered a free months trial and claimed to increase traffic significantly. I signed up via debit card to be cautious. I didn’t know anything about Blogpros, their promotion or if they were telling the truth.

As my free month of blogpros got underway, I was astonished. This was great!

They were promoting my posts and showing me exactly where the traffic was coming from. I was thinking that I just had to have this. By the end of the month my traffic was up almost 400%.

As my free trial was entering it’s final week, I was ready to pay for blogpros to promote my site. Still I wanted to do a little more research first. Mostly to confirm that I was making the right choice.

There wasn’t much to research. Mostly I noticed people were as ecstatic over this service as I was. I came across one or two negative reviews and chalked them up as haters.

During the period of elation I experienced towards the promotion blogpros was providing me, I ran into a problem. I would still manually promote to Twitter, Facebook, etc.

The problem came with Facebook. They were blocking my posts. I researched this and came to the belief that I was over posting my content, leading me to be viewed as spam and being blocked. Not being able to post to Facebook was troublesome. My first thought was blogpros has me covered. I’ll be fine.

Time to give Blogpros my money?

It was settled I purchased another debit card with the sole intention of giving it to blogpros. “Hold on” my conscience said at literally the last second as I was about to enter my Visa card numbers into their site.

“Research it one more time, Brian”. One last study session on Blogpros. Here we go!

As my final approach to gain knowledge on this promotional marketing company began, I couldn’t find much. Once more people without much knowledge saying how great it was. This was the most prevalent review. So I dug deeper then deeper still.

Not much at all really on reviews or knowledgeable information or blogpros reviews. After a couple hours I started picking up on a theme however. It was don’t, no, and stop immediately!

I began reading reviews where people said blogpros ruined there entire website and they were banned from posting on Facebook because of blogpros. Stating that Blogpros spams these social media sites to get you your traffic. People were saying they’re sites were ruined permanently.

It had been almost a week at this point since my trial month ran out, so I tried to post to Facebook and I was no longer banned. It was like they said Blogpros got me banned.

I’m not sure if it is as dire as some claimed to their site’s longevity or not. What I do know is when I got rid of Blogpros, Facebook no longer blocked me.

A very important fact that I realized lately is in the over 1,000 hits that Blogpros got for my site, I did not receive one like. Not a single person subscribed to my site or even commented or anything. Maybe I think I’m a better writer than I actually am but come on.

I’m not sure if the blogpros views I received are automated or if it’s a real people just clicking onto the posts or not. It doesn’t matter, the result is the same.

They click on your post then leave immediately. This doesn’t really count. The numbers aren’t legit as the traffic is manufacured.

Not only is it not real but your bounce rate and the time the visitors spend is only seconds, this will effect your ability to rank your articles on Google or other search engines. Both are contributing factors to your rankability.

Trust me if you’re just starting out, this is as important as it gets. You’re only going to get so much traffic from social media, even if you boost your post. You need to rank to be successful.

Make sure you do still promote on social media though, this is important for many reasons like getting backlinks. Blogpros will impede your ability to accomplish what leads to success.